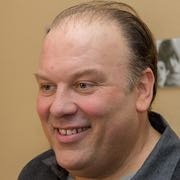 Kobus was born in Szczytno, Poland and, as an ethnic German, moved to Germany in 1970. From 1988 until 1991 he attended the school of performing arts Otto-Falckenberg-Schule in Munich, Germany. Afterwards he performed in several theatre plays in Frankfurt, Bochum, Stuttgart, Zürich, Vienna and Cologne. He has starred in TV shows since the early 1990s and as of 2001 began to be recognised by the public for his roles in movies and TV shows, in particular thanks to his role in the German comedy show Alles Atze, in which he plays the police officer 'Viktor Schimanek'. His international breakthrough was his 'SS officer Günther Franken' role in the movie Zwartboek (Black Book) by Dutch director Paul Verhoeven.

In 2007 he spoke the voice of the Yeti in the animation movie Lissi und der wilde Kaiser. He also played in the movie Speed Racer from the sisters Lilly (formerly Andy) and Lana (formerly Larry) Wachowski. In the movie Valkyrie (with Tom Cruise) he plays the police-chief of Berlin. In October 2008 he starred in the WWII movie Miracle at St. Anna from director Spike Lee.

Besides acting, he's also a singer and has performed at the Kölner Karneval. He has collaborated on songs with the composers Klaus Fehling and Uli Winters.

Waldemar Kobus is married to the German actress Traute Hoess. Together they live in Bochum.