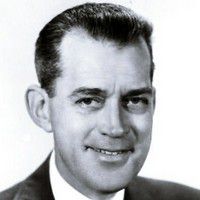 Woodbridge Strong "W. S." Van Dyke II (Woody) (March 21, 1889 – February 5, 1943) was an American film director and writer who made several successful early sound films, including Tarzan the Ape Man in 1932, The Thin Man in 1934, San Francisco in 1936, and six popular musicals with Nelson Eddy and Jeanette MacDonald. He received two Academy Award nominations for Best Director for The Thin Man and San Francisco, and directed four actors to Oscar nominations: William Powell, Spencer Tracy, Norma Shearer, and Robert Morley. Known as a reliable craftsman who made his films on schedule and under budget, he earned the name "One Take Woody" for his quick and efficient style of filming.

Woodbridge Strong Van Dyke II was born on March 21, 1889 in San Diego, California. His father was a Superior Court judge who died the day his son was born. His mother, Laura Winston, returned to her former acting career. As a child actor, Van Dyke appeared with his mother on the vaudeville circuit with traveling stock companies. They traveled the west coast and into the Middle West. When he was five years old, they appeared at the old San Francisco Grand Opera House in Blind Girl. He would later remember his unusual education,

I think I've been to school in every state in the Union. Whenever the company stopped off long enough in any city I went back behind a school desk. The rest of the time my mother taught me.

When Van Dyke was fourteen years old, he moved to Seattle to live with his grandmother. While attending business school, he worked several part-time jobs, including janitor, waiter, salesman, and railroad attendant. Van Dyke's early adult years were unsettled, and he moved among jobs. In 1909, he married actress Zelda Ashford, and the two joined various touring theater companies, finally arriving in Hollywood in 1915.

In 1917, Van Dyke directed his first film, The Land of Long Shadows, for Essanay Studios. That same year he directed five other films: The Range Boss, Open Places, Men of the Desert, Gift O' Gab, and Sadie Goes to Heaven. In 1927, he traveled to Tacoma to direct two silent films for the new H.C. Weaver Productions: Eyes of the Totem and The Heart of the Yukon (the latter is considered a lost film).

During the silent era he learned his craft and by the advent of the talkies was one of MGM's most reliable directors. He came to be known as "One-Take Woody" or "One-Take Van Dyke", for the speed with which he would complete his assignments. MGM regarded him as one of the most versatile, equally at home directing costume dramas, westerns, comedies, crime melodramas, and musicals.

Many of his films were huge hits and top box office in any given year. He received Academy Award for Best Director nominations for The Thin Man (1934) and San Francisco (1936). He also directed the Oscar-winning classic Eskimo (also known as Mala the Magnificent), in which he also has a featured acting role.

The earthquake sequence in San Francisco is considered one of the best special-effects sequences ever filmed. To help direct, Van Dyke called upon his early mentor, D. W. Griffith, who had fallen on hard times. Van Dyke was also known to hire old-time, out-of-work actors as extras. Because of his loyalty, he was much beloved and admired in the industry.

Van Dyke was known for allowing ad-libbing (that remained in the film) and for coaxing natural performances from his actors. He made stars of Nelson Eddy, James Stewart, Myrna Loy, Johnny Weissmuller, Maureen O'Sullivan, Eleanor Powell, Ilona Massey, and Margaret O'Brien. He was often called in to work a few days (or more), uncredited, on a film that was in trouble or had gone over production schedule.

Promoted to the rank of major prior to World War II, the patriotic Van Dyke set up a Marine Corps recruiting center in his MGM office. He was one of the first Hollywood bigwigs to advocate early U.S. involvement, and he convinced stars like Clark Gable, James Stewart, Robert Taylor, and Nelson Eddy to become involved in the war effort.

In the latter half of 1942, despite being ill with cancer and a bad heart, Van Dyke managed to direct one last film, Journey for Margaret, which premiered in New York City on December 17 that year. It is a heart-rending movie that made 5-year-old Margaret O'Brien an overnight star.

Van Dyke, a devout Christian Scientist, had refused most medical treatments and care during his final years. Following the general release of Journey for Margaret to theaters in January 1943, he said his goodbyes to his wife, children, and to studio boss Louis B. Mayer and then committed suicide on February 5 in Brentwood, Los Angeles. Both Jeanette MacDonald and Nelson Eddy, in accordance with Van Dyke's wishes, sang and officiated at his funeral.

He is interred at Glendale's Forest Lawn Memorial Park Cemetery, near his mother, Laura Winston.

On February 8, 1960, Van Dyke received a star on the Hollywood Walk of Fame for his contribution to Motion Pictures, at 6141 Hollywood Boulevard.

The contents of this page are sourced from Wikipedia article on 07 Jun 2020. The contents are available under the CC BY-SA 4.0 license.
View W. S. Van Dyke 's image gallery
Image Gallery