Previously, he was the first Chief Medical Officer of AVIA, a health care innovation firm co-founded by Ted Meisel, formerly President of Yahoo Search Marketing, and Eric Langshur, the founder of CarePages.Formerly, he was Senior Vice President, Institute Development, and the Medical Director of Innovation for the Scott & White Healthcare System. He was also Professor of Surgery and Molecular Medicine with Tenure and served as Chairman of Surgery for the Scott & White Memorial Hospital and Health System and the Texas A&M Health Science Center College of Medicine from 2004-2012, where he held the Glen and Rita K. Roney Endowed Chair in Surgery. He was one of the first biomedical researchers to investigate the use of adenoviral based gene therapy for cancer.

Smythe grew up in Belton, Texas where he was a National Merit Scholarship recipient and an all-state football and track athlete. He attended Baylor University on combined athletic and academic scholarships and lettered on the 1980 Southwest Conference champion football team coached by Grant Teaff.

Smythe attended the Texas A&M Health Science Center College of Medicine, where he received the Helen Salyer Anderson Award as the Outstanding Graduating Medical Student for Academic Achievement, along with Outstanding Student in Surgery and Psychiatry awards. During medical school, he was chosen to be a Charles A. Dana Foundation Clinical Scholar at the University of Pennsylvania Medical School, and the Wharton School of Business, studying clinical research methodology, health care delivery and economics.

Following medical school, Smythe completed a categorical General Surgery residency at the Hospital of the University of Pennsylvania in Philadelphia part of the University of Pennsylvania Health System. While training there, he worked in the first laboratory in the country to use a common cold virus, the adenovirus, to transfer genes to treat cancer, and was the lead author on the first paper describing the use of adenoviral based gene therapy to treat cancer models in the laboratory (Cancer Research, April 1994 15;54(8):2055-9). This work became the basis for one of the world's first human gene therapy trials for cancer and the world's first for pleural mesothelioma, a lung cancer related to asbestos exposure.
Smythe then completed a residency in Cardiothoracic surgery. While a trainee at the University of Pennsylvania, he won the Jonathan Rhoads Award for Research and the William Inouye Award for medical student teaching, along with several other teaching awards and the Philadelphia County Medical Society Award for Humaneness in Medicine.

Dr. Smythe has been named to Best Doctors in America every year since 2003. He recently received the Julius A. Mackie Distinguished Graduate Award from the University of Pennsylvania School of Medicine.

He writes non-fiction medical narratives and essays and fictional depictions of the doctor-patient relationship at his blog Will and Reason (www.willandreason.com), as well as for various lay press periodicals, including Discover Magazine, and Forbes
Dr. Smythe is married and has four children, three sons and a daughter.

Dr. Smythe is currently the Chief Executive Office of SomaLogic, Inc., a biotechnology company headquartered in Boulder, CO.  SomaLogic provides proteomics services to Pharma and academic investigators, and has launched a first-in-class protein pattern recognition diagnostic test platform for health care delivery.  Prior to coming to SomaLogic, and after his tenure at Valence Health, he was the Global Chief Medical Officer for Strategy for Royal Philips, headquartered in Amsterdam, The Netherlands. 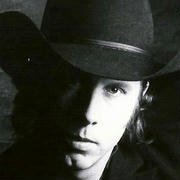