Volodymyr Kupchak was born April 7, 1978 in Ivano-Frankivsk. From 1995–2000 he studied at the Ivano-Frankivsk National Technical University of Oil and Gas and obtained a degree as master of economics of oil and gas. He attended the same school in 2008–2010 and attained the same designation as Engineer of pipelines. In 2007 he completed postgraduate studies at the Vasyl Stefanyk Subcarpathian National University, obtaining a degree in demography, labor economics, social and economic policies. His Ph.D. is in economics. His dissertation topic was "The formation of tariffs for gas distribution companies".

Kupchak did not participate in the 2014 Ukrainian parliamentary election. 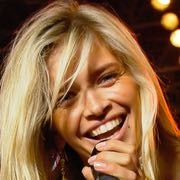