Volker Bouffier (born 18 December 1951 in Giessen) is a German politician of the Christian Democratic Union (CDU). Since 31 August 2010 he is Minister President of the German state of Hesse. From 1 November 2014 until 31 October 2015 he was President of the Bundesrat and ex officio deputy to the President of Germany. He has been chairman of CDU in Hesse since July 2010. From 1999 to 2010, he was minister of interior and sports in the state of Hesse. Bouffier is a lawyer by profession.

Bouffier grew up in Giessen. His father Robert Bouffier (1920–1999) was a lawyer and CDU local politician in Giessen; his grandfather Robert Ferdinand August Bouffier (1883–1971) moved from Strasbourg to Giessen in 1906, where he later became a CDU politician. His paternal family is of French Huguenot ancestry.

He studied law at the University of Giessen and completed his studies in 1977. From 1975 to 1978 he was a research assistant in public law at the University of Giessen, and in 1978 he was called to the bar. He practiced law for many years in addition to his political activities and is currently a partner in the law firm Bouffier & Wolf; however since he became minister-president he has been an inactive partner.

Bouffier was first elected to the Parliament of the State of Hesse in 1982. He served as State Minister of the Interior and Sports in the government of Minister-President Roland Koch from 1999 to 2010.

When Koch announced his withdrawal from the political scene and resigned in August 2010, he nominated Bouffier as his successor to lead the center-right CDU-FDP government that was formed after the 2009 state elections.

In the negotiations to form a coalition government of the Christian Democrats (CDU together with the Bavarian CSU) and the Free Democratic Party (FDP) following the 2009 federal elections, Bouffier was part of the CDU/CSU delegation in the working group on internal and legal affairs, led by Wolfgang Schäuble and Sabine Leutheusser-Schnarrenberger.

On 7 June 2011, Bouffier was among the guests invited to the state dinner hosted by President Barack Obama in honor of Chancellor Angela Merkel at the White House.

Under Bouffier’s leadership, Hesse joined forces with Bavaria in early 2013 to launch a constitutional challenge to the Germany’s system of tax transfers in order to stop subsidising spending in the city of Berlin, the national capital, and all the poorer states. At the time, Hesse was the third largest net contributor, with an annual transfer of almost €1.3 billion.

On 8 February 2013, Bouffier agreed to the proposal of the President Joachim Gauck to hold the state elections on the same day as Germany's federal elections. When the official result gave no major parties and their traditional coalition partners a clear majority in the parliament, Bouffier decided to break ranks with the rest of Chancellor Angela Merkel's conservative party and seek a coalition government with the Greens rather than the Social Democrats (SPD). He thereby created only the second CDU-Green coalition to govern a German state, after the previous government of Hamburg. On the federal level, he was part of the 15-member leadership circle chaired by Merkel, Horst Seehofer and Sigmar Gabriel in the negotiations to form a coalition government.

As one of the state’s representatives at the Bundesrat, Germany's upper house of parliament, Bouffier is a member of the Committee on Foreign Affairs and the Committee on Defence. In October 2015, while he held the rotating presidency of the Bundesrat, he hosted the three-day festivities for the 25th anniversary of the reunification of the former East and West German states.

In his capacity as Minister-President, Bouffier holds the following positions:

German politicians from across the political spectrum criticized Deutsche Bank co-CEO Jürgen Fitschen in December 2012 following reports he had telephoned Bouffier to complain about a raid on the bank's Twin Towers in Frankfurt – even though Bouffier’s office was not directly responsible for overseeing the action.

During the trial of Beate Zschäppe for the NSU murders, the BfV-Agent Andreas Temme, who was at the scene of one of the murders, yet claimed to not have noticed it, was accused by the prosecution of having sympathies towards Neo-Nazism himself, thus casting doubt on his testimony. Bouffier, then interior minister of Hesse, shielded Temme from further investigations, citing protection of undercover agents. 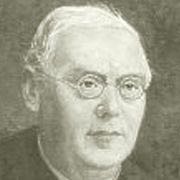