Gamzatkhanov started training freestyle wrestling while at college. After learning in several teams, his friend Ahmed Sharipov introduced him to the five-time world champion Ali Aliyev, who accepted to train him. Under his tutelage, Gamzatkhanov won the Nalchik regional championship in 1979. He also won the USSR junior championship two years back to back, and placed fourth in the international Aliyev Cup. In 1981, when Han began his two-year service in the USSR military, he transitioned to sambo and was scouted by Viktor Lysenko for his Tula based team. In 1984, Gamzatkhanov attended the Police Academy in Moscow. A year later, he competed in the USSR championship and placed second after losing in the finals to the legendary Alexander Pushnitsa. However, he bounced back by winning the gold medal at the openweight division in 1985, as well as the first place in the USSR championships of 1987 and 1988. He also won the Kalinin international tournament, reserved to the highest practitioners of the spost. In 1991, Gamzatkhanov returned to the USSR championship, but he was again eliminated in the finals, this time by Murat Khasanov. The same year, he was scouted by Akira Maeda for his professional wrestling promotion Fighting Network RINGS. He was given the ring name of Volk Han ("Volk" meaning "wolf" and "Han" being short for Magomedkhan).

In 1992, Han participated in RINGS's Mega Battle Tournament, but he was eliminated on the first round by Akira Maeda. Despite his loss, the match turned him into an instant fan favourite thanks to his spectacular grappling techniques and merry charisma, which saw him becoming one of RINGS's main players. The next year, after several wins against names like Chris Dolman, Mitsuya Nagai and Willie Williams, Han took part in the next edition, eliminating Masayuki Naruse in the opening round before falling to teammate Nikolai Zouev in the second. Han and Zouev started a heated feud focused around their sambo backgrounds, and it saw Zouev besting Han again in a special sambo jacket match. 1994 was Han's breakout year, as he won the next edition of the Mega Battle Tournament by submitting Williams, Maeda and Hans Nijman, as well as getting his revenge against Zouev in a singles match.

After a lesser but notable participation in the 1995 tournament, in which he was eliminated by Maeda in the semifinals, Han won the 1996 iteration by defeating Naruse, Tsuyoshi Kohsaka, Tariel Bitsadze and Kiyoshi Tamura. Following an elimination from the 1996 to hands of his own apprentice, Mikhail Illyukhin, Han gave his last great tournament participation in the 1999 edition, which was fought in team format. His team, composed by RINGS Russia members Illyukhin, Sergei Sousserov and Han himself, was pitted against RINGS Holland, formed by Joop Kasteel, Hans Nijman and Dick Vrij. Despite their effort, RINGS Russia was eliminated. Han's last professional wrestling match in RINGS was in 2001, facing legendary catch wrestling expert Yoshiaki Fujiwara in a special match that ended in a draw.

After years competing in professional wrestling, Han switched to mixed martial arts when RINGS adopted this format in 2000. This decision was very anticipated, despite Han's advanced age, due to his world class sambo skills. Following a winning debut against RINGS rookie Yasuhito Namekawa, Volk's skills were proven further against American wrestler and Mark Coleman's teammate Branden Lee Hinkle, 12 years his junior. Although Hinkle was able to take Han down and control him, the Russian grappler locked a tight triangle armbar at the end of the first round and made him tap out. Han got a matchup closer in age and experience against Olympic freestyle alumni Zaza Tkeshelashvili in a special Russia vs Georgia fight, but again Han won by submission with a guillotine choke.

In December, Han took part in the King of Kings tournament, where he was pitted in the first round against RINGS England leader Lee Hasdell. The Russian took him down and landed effective strikes before securing position, and also attempted triangle chokes and armbars, but Hasdell's defense was strong. Han resumed using unorthodox ground and pound from the knee-on-stomach position every time the fight hit the ground, but it was in a standing segment where he got the finish, overpowering the British kickboxer with combinations and injuring Hasdell's eye for a TKO victory. In the second round, Volk fought Bobby Hoffman, who came to the bout with a 23-4 record. Hoffman controlled Han for the majority of the fight and tried to perform ground and pound, while Han worked in avoiding damage from the bottom. However, once in overtime, Han took Hoffman down in the corner and stood over him landing punches until the end of the time, winning the decision.

During the semifinals, Han met young star Antônio Rodrigo Nogueira, expert in Brazilian jiu-jitsu and almost half of Volk's age. Despite his disadvantages, the Russian grappler was successful in stopping Nogueira from attempting submissions, even although Nogueira passed his guard and took his back at the end of the first round. When the second round arrived, Han sprawled a takedown and gained his signature knee-on-stomach control, with the Brazilian coming back with a kneebar; the hold was completely extended, but Volk shockingly escaped. After a restart, Han came attacking with a flying Kimura lock which Nogueira answered with an omoplata/ankle hold combination, but he was unable to submit Volk, and the match ended shortly after. Nogueira was given the unanimous decision, eliminating Han from the tournament. 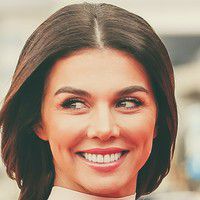 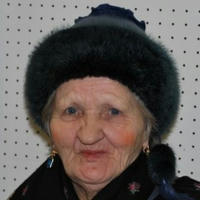 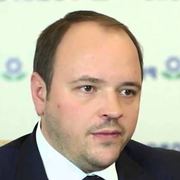