From 1899 he studied at the Kharkov Institute of Technology until his arrest in 1901, the same year in which he joined the Russian Social Democratic Labour Party, after which he was sentenced to administrative exile to Oryol.

From 1914—1917 he served in the Russian Army, and after the October Revolution he served in various capacities of the communist hierarchy in Ukraine. On 30 November 1918 he became Chief of Staff of the 2nd Ukrainian Army, from 1919—1920 he was in the Revolutionary Military Council.

After the completion of his mission in Austria, he returned to the Ukrainian SSR and became Chairman of the Supreme Soviet of the National Economy in that Republic, until 1926 when he became the Trade Representative of the USSR in Turkey.

In December 1927 he was expelled from the All-Union Communist Party (bolsheviks), and at some stage became Scientific Secretary of the Krasnodar Regional Planning Commission until May 1929, when he was arrested, and sentenced in 1930 to 3 years exile in the Kazakh Autonomous Soviet Socialist Republic. 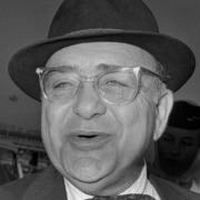