Vojtěch Polák (born June 27, 1985 in Ostrov nad Ohří, Czechoslovakia) is an ice hockey left wing currently playing for Severstal Cherepovets of the Kontinental Hockey League. He was born in Ostrov nad Ohří, Czechoslovakia (now the Czech Republic). During the 2005–2006 season, he played significant time with the Iowa Stars, the American Hockey League affiliate of the Stars.
From the 2000–2001 season to the 2004–2005 season, Polák would spend his time in the Czech Extraliga. A vast majority of his games played with HC Energie Karlovy Vary, though he would also play for HC Dukla Jihlava and a single game for HC Sparta Praha. In the 2003 NHL Entry Draft, the Stars drafted him in the second round with the 36th overall pick.
In 2005, Polák played his first professional game in North America with the Iowa Stars, scoring what would be his first of 12 goals and 34 points with the team. After an impressive preseason with the Stars in September, he made his NHL debut on October 22 against the Calgary Flames. He would dress for three games with the Stars during the 2005–2006 season, going scoreless.
Polák represented the Czech Republic at the 2004 World Junior Ice Hockey Championships. 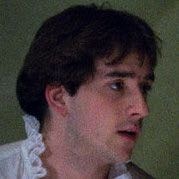