Bakić was an important figure, particularly in the 50’s and 60’s Croatian contemporary art scene, and collaborated with the group EXAT-51 and the Nove tendencije (New Tendencies) movement. He executed many public sculptures notably, the Call to Arms (the man from Bjelovar), Bjelovar (1946) the Monument to the Revolution in Kamensko (1958–1968), the Monument to the Train Accident Victims in Zagreb (1975–1978), as well as monuments in Kragujevac, Dotrščina (Valley of Graves) and on Petrova Gora (1982).

After 1945 he gravitated towards the impressionistic treatment of the surface. This period is primarily marked by his portraits of Ivan Goran Kovačić (1946) and Silvije Strahimir Kranjčević (1948). During the 1950s Bakić reduced the volume of his sculptures by the use of sharp fractures as edges, and later by merging the details of the sculptural mass (Self-portrait, 1952 and sketch for the Marx and Engels Monument, 1950–1953). During that time, he made an entire series of bull sculptures in various dimensions (Bull, 1950, 1956). With the series entitled Nudes, Torsos and Heads he completed his focus on organic, associative shapes, and from 1958 he turned towards the challenge of open forms, inner spaces and light reflections. Further professional development made him the first artist in a local context to follow the principles of geometric abstraction and to start the study of optic effects. By alternating concave and convex surfaces, he made “light shapes” which were close to constructivist poetics. In Elaborated Surfaces (1960–1964) he articulated strict and consistent units made of lined-up elements, whereas in Light-bearing Shapes (1963–1964) he created effective structures by means of modulating identical mirror units, for which he also used new materials, such as stainless steel.

At his first solo exhibition (Bjelovar, 1940) he exhibited drawings and sculptures where the predominating subjects were female nudes in stone, characterized by reduced curves and closed volumes. From 1940 he participated at many national and international exhibitions: the Venice Biennial (1950, 1956, 1964), the Mediterranean Biennial in Alexandria (1956, 1969), the Milan Triennale (1957), Documenta in Kassel (1959), the Rijeka Salon (1959, 1961). He also exhibited with Ivan Picelj and Aleksandar Srnec in Paris (Gallery Denis René, 1959) and London (1960). He participated at the New Tendencies exhibitions (Zagreb, 1963, 1969, Gelsenkirchen, 1969 and Mainz, 1971), the São Paulo Biennial (1969), and at the exhibition Constructivism and Kinetic Art (Zagreb, 1995). Gallery Nova (Zagreb, 2007), in collaboration with the artist’s family, organized the opening of Bakić’s first solo exhibition in Croatia after 41 years. In 1979 he received the Vladimir Nazor Award for life achievement.

During early 90's, after the fall of communist regime, many of Bakić's Yugoslav World War II monuments and memorials were damaged or destroyed. 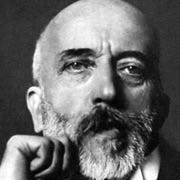