Władysław Horodecki (born Leszek Władysław Dezydery Horodecki, also known under Russian version of his name, Vladislav Gorodetsky; Russian: Владислав Владиславович Городецкий; Ukrainian: Владислав Владиславович Городецький, Vladyslav Vladyslavovych Horodetskyi; June 4 [O.S. May 23] 1863 in Sholudky, Podolia Governorate — January 3, 1930 in Tehran, Iran) was a Russian and Polish architect and big-game hunter, best known for his contributions in urban development of Kiev (today the capital of Ukraine) with buildings such as the House with Chimaeras, the St. Nicholas Roman Catholic Cathedral, the Karaite Kenesa, and the National Art Museum of Ukraine.
In Kiev Horodecki often worked along with a sculptor from Milan, Emilio Sala, who was an instructor at the Kiev City College.

Horodecki was born into a noble Polish szlachta family of the Kornic coat of arms in the village of Szołudki (Sholudky, now Mukhivtsi Rural Council, Nemyriv Raion, Vinnytsia Oblast, Ukraine). His ancestors were big landowners (didych) in the Podillya region. Horodecki graduated from the Imperial Academy of Arts in St. Petersburg in 1890, while prior to that he finished a realschule in Odessa. After 1890 Horodecki moved to Kiev where he lived for almost 30 years.

As Poland regained its independence after the Polish-Soviet War in 1920, and Russia, including Kiev, fell under Bolshevism, he emigrated to Warsaw. In Poland Horodecki headed an American Project Bureau "Henry Ulan & Co.". Some of his designs were built including a water tower and trade rows in Piotrków Trybunalski (today in Lodz Voivodeship), a meat factory in Lublin, a bath house in Zgierz, and a casino building in Otwock.

In 1928 on the invitation of the same company Horodecki moved to Tehran, becoming a chief architect of the Syndicate on the Design of Persian Railways. He designed in particular the building of the Tehran railway station. In 1930 he died and was buried at Doulab Catholic Cemetery in Tehran. His epitaph is inscribed in Polish with only the phrase Profesor architektury. Niech mu obca ziemia będzie lekka., which translates into English as "Professor of architecture. Let the foreign earth be light for him".

One of Kiev's streets, designed by Horodecki, (between Maidan Nezalezhnosti and House with Chimaeras) was named after him in 1996 as vulytsia Arkhitektora Horodetskoho. The street had been no called ulitsa Nikolayevskaya, and in Soviet times it was known as vulytsia Karla Marksa. 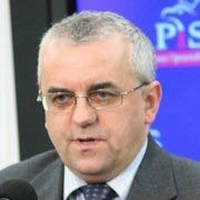 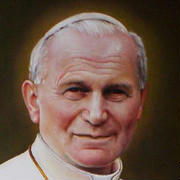 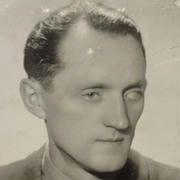 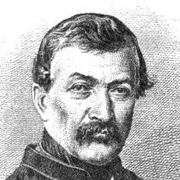