Chairman of the Board of Arkhangelsk "Regional Union of Writers Povazhe". Ulanov nominated for literary prizes "Heritage 2015" (for novel "Princely cross", " Writer of the Year 2013 ". Winner of two awards "Golden Pen of Russia", "Historical Heritage" in 2010 and "funny sign" in 2007. Nominated in the name of Sergey Yesenin Literary Prize "My Russia". Nominated for the award "Writer of year 2016".

Have 37 publications of books of Vladimir Ulanov.

In 1976 Ulanov began to publish him articles in local newspapers and national magazines in Novokuznetsk.

In 2008 Vladimir Ulanov began to be member of the Russian Union of Writers.

In 2016 Ulanov start create his books in Internet. 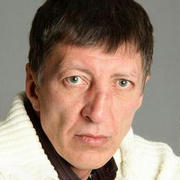