Vladimir Petković ([ʋlǎdimiːr pêtkoʋit͡ɕ]; born 15 August 1963) is a Bosnian-born Swiss football manager and former professional player who played as a midfielder. He is currently the head coach of the Switzerland national team, having previously managed a string of Swiss clubs as well as Italian side Lazio.

He holds both Swiss and Bosnian-Herzegovinian passports.

Petković was born in Sarajevo, Bosnia and Herzegovina in 1963. He is a naturalized Swiss and holds Swiss and Bosnian-Herzegovinian passports. Both of his parents worked as educational workers, resulting in several transfers to other schools due to the family’s frequent moving. They first lived in Vrelo Bosne and then when he was five years old, in Hadžići near Sarajevo.

A midfielder with good technique, Petković started playing football in Ilidža as an eleven-year-old before joining the youth sector of his hometown side FK Sarajevo youth as a fifteen-year-old.

He remained at FK Sarajevo and began his professional career there in the early 1980s. Petković made only a handful of appearances in a strong Sarajevo side led on the pitch by Bosnia's player, Safet Sušić. Petković was a part of the Sarajevo side that won the 1984–85 Yugoslav First League, making only two league appearances for them. His time at Sarajevo was interrupted by two brief stints elsewhere, first a successful time with Rudar Prijedor, where Petković showed a good of scoring form, and then a season in the Yugoslav Second League with NK Koper, which finished last and were relegated.

Petković emigrated from Yugoslavia in 1987, leaving FK Sarajevo and moving permanently to Switzerland, where he joined second division club Chur 97. After a season with Chur, Petković moved to the Swiss top division, joining a strong Sion side. Sion achieved a third-place finish in the Nationalliga but Petković left the club at the end of the season after only making six league appearances.

After leaving Sion, Petković moved back into the lower tiers, first joining Martigny-Sports before returning to his first Swiss club, Chur 97. Petković enjoyed a career as a regular goalscoring midfielder in the Swiss second division, which included two more stints at Bellinzona and Lugano.

Petković completed his playing career as a player-manager with Bellinzona and Malcantone Agno, the latter having later merged with financially stricken Lugano.

After his retirement from playing, he became a coach and his first job was player-manager at Bellinzona in 1997. In 2004, he took over the reins at Lugano before returning to Bellinzona for the fourth time in his career, where he led the club to the 2008 Swiss Cup final, only to lose out to Basel, and promotion to the Swiss Super League. At the beginning of the 2008–09 season, he was appointed as manager of Young Boys. After taking charge at the club, Petković installed a 3–4–3 formation and took the Bern side to a second-placed league finish. After two more seasons with Young Boys, he was sacked after a 1–1 draw against Luzern on 7 May 2011. The club finished in third place in the league behind their rivals Zürich and Basel.

In 2011, he became the new manager of Turkish side Samsunspor. He resigned from that position in January 2012 with the club in the relegation zone. On 15 May 2012, he was named the new temporary manager of Sion until the end of the 2011–12 season.

On 2 June 2012, Petković became the new manager of Italian side Lazio in Serie A. With the club, he won the Coppa Italia in 2013, thanks to a goal from Senad Lulić.

On 23 December 2013, it was announced that Petković was to succeed Ottmar Hitzfeld as the manager of the Switzerland national team after the 2014 FIFA World Cup. As a result, Claudio Lotito fired Petković claiming a breach of the contract due to not having been duly informed by Petković about the latter's ongoing negotiations with the Swiss Football Association. Petković was sacked as Lazio manager on 4 January 2014 and was replaced by Edy Reja. The legal dispute concerning the contract termination between S.S. Lazio and Petković is still ongoing.

Since his appointment to the national team spot in July 2014, Petković has so far guided the Swiss to the round of 16 stages of both the UEFA Euro 2016 in France and the 2018 FIFA World Cup in Russia.

While living in Switzerland, Petković worked for Caritas Ticino, a Catholic relief development and social service organisation, for five years. 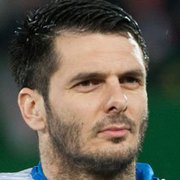