Vladimir Ochkan (born 13 January 1968) is a Ukrainian male former track and field athlete who competed in the long jump. He won the gold medal at the 1987 European Athletics Junior Championships with a championship record mark of 8.17 m (26 ft 9 ⁄2 in) – a record which still stands as of 2018. The following year he ranked second in the global indoor season with a best of 8.32 m (27 ft 3 ⁄2 in), behind American Larry Myricks. He set a lifetime best of 8.34 m (27 ft 4 ⁄4 in) outdoors that year, ranking eighth on the global lists.

The contents of this page are sourced from Wikipedia article on 06 Jul 2020. The contents are available under the CC BY-SA 4.0 license.
comments so far.
Comments
From our partners
Sponsored
Reference sources
References
http://www.gbrathletics.com/ic/ejm.htm
http://www.gbrathletics.com/tp/wormi.htm
http://trackfield.brinkster.net/Profile.asp?ID=4942&Gender=M
https://www.iaaf.org/athletes/ukraine/vladimir-ochkan-2111
https://www.worldathletics.org/athletes/biographies/athcode=2111
https://www.iaaf.org/athletes/_/2111
Trending today in 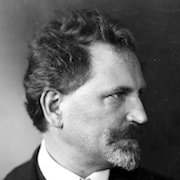