Vladimir Lisin got his first job in 1975 working as a mechanic in a Soviet coalmine and after studying at the Siberian Metallurgic Institute got a job working as a welder foreman at Tulachermet Metals Works. He rose through the ranks to become section manager, shop manager in 1979 and Deputy Chief Engineer in 1986.

In 1992, he joined a group of tenacious traders (the Trans-World Group) who won control of Russia’s steel and aluminium industry. When the partners split in 2000, he received 13% of the firm and later even won a controlling share. He had another bit of luck when his former boss was named the Minister for Russian Metallurgy and Lisin became the sole owner of Novolipetsk Steel in 2000.

Since 1993, he has served as a Board member of several leading Russian metal producers, including NLMK, MMK and Sayansk and Novokuznetsk Aluminium Plants and he has been a member of the Board Directors of Novolipetsk Steel (NLMK) since 1996 and its chairman since 1998. He previously worked as Deputy Chief Engineer and as Deputy General Director of the Karaganda Steel Plant, one of Kazakhstan’s four largest steel plants.

Mr. Lisin served as member of the Board of Directors of Zenit Bank. Mr. Lisin serves on the Board of Directors of the Novolipetskii Metallurgical Combine, one of largest steel companies in Russia, in 1998 and still holds that position. He serves as a Director at CJSC Chernomorneftegaz. He served as a Director of Norilsk Nickel Mining and Metallurgical Co. since 2002. He has been Chairman and Director of JSC Novolipetsk Iron & Steel Corporation (OJSC Novolipetsk Steel) since June 5, 2007. He has been Director of OJSC United Shipbuilding Corporation since March 3, 2009. He serves as a Trustee of Inst. of Social Dev. Foundation.

He graduated from the Siberian Metallurgic Institute in 1979 with a metallurgical engineering diploma specialising in "Foundry of irons and non-ferrous metals". In 1984 completed Postgraduate study in UKRNIIMET by correspondence (Kharkov, Ukraine). In 1989 he received an MSc in Metal Engineering from the Central Research Institute of ferrous metallurgy named after I. P. Bardin (Moscow). In 1990 he received a Diploma of the Higher commercial school under the All-Union Academy of Foreign Trade of People's Friendship Order, the training program "Administration and activity management of joint ventures in the territory of the USSR" (Moscow). In 1992 an MSc in Economics and Management from the Russian Presidential Academy of National Economy and Public Administration (RANEPA). In 1996 a Doctorate of the Moscow Institute of Steel and Alloys (MISiS), Faculty of engineering mechanics and in 1997 thesis for a Doctor's degree in Metal Engineering. In 1999 was a Professor at RANEPA and in 2005 received a doctorate in economics.

He holds various patents for metallurgical processes and has published over 100 articles on metallurgy and economics, which include 15 monographs. He is a professor of the Academy of National Economy and the holder of the Council of Ministers’ prize in the science and engineering (1989), the Honorary Metallurgist of Russia (1999), the Knight of the Order of Honour of the Russian Federation (2000) and the Knight of the Order of St. Sergiy Radonezhsky (2001).

He is a major gun enthusiast and he has a collection of several shooting rifles. He first picked up a rifle when he was just 12 years old and since then has taken shooting as seriously as his business. He is the President of the European Shooting Confederation, the Russia Shooting Union and has been appointed vice president of the Russian Olympic Committee.

He built one of Europe's largest shooting-range complexes in Lisya Nora, near Moscow.

Lisin is married and has three children. 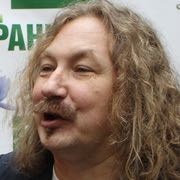