In 1991 Linderman has worked in the Russian editorial office of the newspaper Atmoda. In 1998 Linderman was leader of Latvian branch of the NBP. Since 2002 Linderman is member of the Central Committee of the National Bolshevik Party. In 2003 Vladimir Linderman was arrested and spent 19 days in Lefortovo Prison. Linderman was detained on June 21, 2006 but fled as Russian police launched his extradition to Latvia and remained in hiding for two more years. In 2007 Linderman was one of the organizers of the Dissenters March. Linderman was deported from Russia to Latvia on March 19, 2008. He was accused of storing explosives and of calling for the overthrow of the political system. From March 20, 2008 to 3 July 2008, Linderman has been held in a temporary detention facility in Riga. Linderman has been found innocent by Latvian courts. In 2009 Linderman is the founder and leader of the Latvian political party 13 January Movement.

In 2011 Linderman was co-founder of an NGO called «Native Language» and initiated constitutional referendum in Latvia. In 2012 Linderman is leader of political party «For native language!». 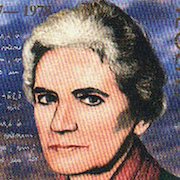