Vladimír Hirsch (born July 3, 1954) is a Czech composer, instrumentalist (pianist, organist, keyboard player, vocalist), and sound experimenter, integrating industrial and dark ambient music with modern classical composition with a genre overlap conception. His compositional style is characterized by polymodal architectonics, polytonality and the usage of digital technique to enhance sonic means of expression, where modern classical elements fuse within experimental soundscapes. Besides creating solo works, he is the co-founder and main personality of band Skrol, the duo Aghiatrias and various other projects (e.g. Zygote, Subpop Squeeze, Luminar Ax, and Tiria). His music is marked by a dark, tense and tempestuous atmosphere. Between 1986 and 1995 he was member of experimental post-punk group Der Marabu.

Vladimír Hirsch has been composing since he was a teenager, when as a pianist and organ player, he started to write romantic and classicist pieces with elements of rock. However, he abandoned these compositions for some time and delved into experimental jazz and experimental rock music up until 1986, when he joined Prague's post-punk band (Der) Marabu. At the same time, the composer also beginning to focus on new principles in his solo production. He started to apply modern classical forms to electronic and analog music, resulting gradually in a more transgressive industrial style in his solo works. After 10 years of engagement in Der Marabu, he - during its demise - founded in 1995 industrial-neoclassical band Skrol and later also several other parallel projects (Subpop Squeeze, Aghiatrias, Zygote, Luminar Ax, Tiria - see "Bands, projects, and collaborations").

Hirsch's collaborative projects have never interrupted his solo output. He has continuously composed an extensive collection of music, foremost a number of conceptual or thematic albums, including symphonies, suites, concert works, soundtracks, and many experimental compositions, including works for his favourite instruments: organ and piano. He has been influenced by various 20th-century compositional techniques, including serial, atonal, microtonal, polymodal, spectral and others, being also partly inspired by Czech and other Slavic classical music, however his style has gradually emerged into what Hirsch calls integrated music, characterized by an effort to break the borders between primarily musical and unmusical elements in composition and instrumentation, attempting to both equalize and enhance their expressive properties using technological manipulation, above all in the wide area of digital technology and described as an alchemical transmutation of modern classical forms with dark ambient, industrial and noise components into a homogenous indivisible structure. It also represents metaphysically the central idea of Vladimír Hirsch's concept, which consists in the collision and reconciliation of two seemingly spiritually opposite worlds inside an individual.

Hirsch performs regularly in his native Czech Republic and abroad (above all in Germany, Great Britain, Poland and Italy, where he published) both his solo and collaborative projects. He has had a US tour in 2001, and appeared in many European festivals.

The music of Vladimír Hirsch crosses over from experimental manipulations to unambiguous strictness in composition which are marked by a dark and highly evocative atmosphere enriched by conceptual themes ranging from metaphysics, anxiety to spirituality.

Hirsch's works represent an immersive perception and expression of ubiquitous inner dialogue, but predominantly, the fight between spirituality and the anthropocentric and materialistic likeness of contemporary society. This theme intermingles the majority of the composer's works. In 2010, all the main works until that time were released as 8-CD box set collection The Assent To Paradoxon by Italian label Ars Benevola Mater. In his solo works, Hirsch also cooperates with several artists - above all vocalists - predominantly participants of his collaborative projects (Martina Sanollová, Dawn Carlyle a.k.a. Dove Hermosa, Nadya Feir and more).

In 1986, Hirsch joined the post-punk band without name, but during their early activities, they agreed to call it "Marabu". This formation splitted in the beginning of 1989, when some of founding members emigrated from communist Czechoslovakia, however only several months before regime collapse. Hirsch continued in an effort to rejoin the band and in 1990 he created new formation Der Marabu, consisting of the drummer of former line-up (returning home) and new guitarist. This trio changed the direction to a darker and more aggressive style with some Slavic classical music undertones. After many personal changes and 3 self-released albums, the band finished its activity in 1996.

In autumn 1995 - during decreasing the activity of Der Marabu - Hirsch established the band Skrol, together with singer Martina Sanollová and lyricist and sound experimenter Tom Saivon. Skrol's creative principles are based on modern classical concepts with a congregation of martial industrial. Severe militant rhythms along with obstinate instrumental loops as a counterpoint to the melodic calmness are typical features of that period of Hirsch's style. The intense atmosphere of the band's music is crowned by the ecstatic and extremely igneous expression of the female vocal. Throughout their existence, Skrol recorded 5 fully conceptual albums, that were released between 1998 and 2009, though their public appearance was interrupted from 2002 to 2011. However, the band has never officially ended its activities, Skrol practically finished them in 2012 by self-releasing of "Live" minialbum.

With a similar but more abstract sprouting of this integrated style, aiming more towards dark ambient, is Hirsch's project, Aghiatrias, founded in 1999. Music of the duo Aghiatrias is moving from a sombre dark ambient concepts with a congregation of industrial as a co-ambient character to power electronics, with an infiltration of modern classical composition and digitally manipulated instrumentation. Aghiatrias released five albums. The collaboration ended in 2007 as Hirsch concentrated on his solo efforts. In 2016, they reunited after 9 years, performing on various European festivals.

Another alter ego of Vladimír Hirsch is Subpop Squeeze project, designed to the music, outlier from his main conceptual direction. It started in 1996. This kind of creation move across wider scope of experimental electronic and industrial rock with elements of thrash metal, being their synthesis, with predominantly ironic and sarcastic character. This sphere of work is usually called "entertainments” by the author. In recent years, Subpop Squeeze has become preferred by Hirsch as live performance act.

In 1998, Hirsch composed a large collection of tracks, entitled Sense Geometry. This, originally Hirsch's solo work, changed - after the successful stage presentation - into the project Zygote, performing together with vocalist Martina Sanollová. In 2000, Zygote recorded an alternative version of the album under the name Geometrie nevědomí (Geometry of Unconsciousness). The original sound was distorted by apocalyptic vocals and multilayered instrumental and disturbing noise together with the existential and impassioned Czech lyrics of Tom Saivon. Zygote - sometimes using the alternative names Zygote CZ or Zygote (CZ) - performed that album successfully between 2000 and 2003, when the project ended.

In the summer 2007, American singer and poet Dove Hermosa (Dawn Carlyle by civil name) and Vladimír Hirsch founded a conjoint electronic studio project Luminar Ax, which was active until 2009 and the cooperation resulted in the album "Optem Spectris", re-released later (in 2011) together with several other tracks under the name of the project by U.S.Label LBA Records.

In 2009, Vladimír Hirsch, lyricist Tom Saivon and Swiss vocalist with the nickname "El" founded dark-electronic studio project Tiria, dedicated to just one conceptual work, the album Elysium, which was released in 2013. Musical expression of the project is based on the relationship between dark-ambient or post-industrial matrix with main, electronically balanced structure of songs. The contrast is enhanced by romanticizing female vocal and strict male recitation (British reciter Timothy Simmons as the guest) of existential texts.

Except Der Marabu, Vladimír Hirsch is an exclusive composer of all musical material of mentioned projects and their main instrumentalist. Skrol, Aghiatrias and Zygote represent various forms of the cooperation of Vladimír Hirsch, singer Martina Sanollová and lyricist and sound experimenter Tom Saivon. Together with these close cooperators - who, inter alia, founded and operated a platform called Ars Morta Universum as one of the first independent organizations formed to bring avantgarde electronic and industrial acts to the Czech Republic, organizing annually Prague Industrial Festival

between 1995 and 2010 and initialized many international cooperations of that kind - they released a number of their recordings and video-recordings under the head of his own labels CatchArrow Recordings, Integrated Music Records and Ars Morta Universum.

Besides composing, Vladimir Hirsch has been involved for years also in writing essays about music on music, musicians and art (e.g., "Principles and technology of destructivism in art", "The problem of intelligibility of work of art", "Achievements of philosophy of success," "Incantation of experiment", "Salut l'artist" or "The painter of metaphysical transformation of pain" (about painter Mikuláš Medek), etc., poetry and graphics (especially designs album covers). Not interrelated, but interesting from Vladimír Hirsch's biography is the fact, that he graduated in 1980 Faculty of medicine of Charles University in Prague and with shorter or longer breaks practices also as a physician. 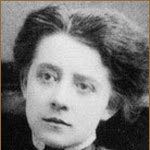 Czech minister of education, youth and sport of the CR, member of Czech National Council, Czechoslovak politician and educator