He was born in Zadar, Austria-Hungary to Uroš Desnica (von Desnica), a politician from noble Serbian Orthodox family from Obrovac and Islam Grčki, descendant of Stojan Janković, and his mother Fani Desnica was from Catholic family Luković from Prčanj near Kotor in what is today Montenegro.

He wrote poems, short stories, science fiction, and novels, usually dealing with the life in cities and villages of Northern Dalmatia. His best work is novel Proljeća Ivana Galeba (Springs of Ivan Galeb), published in 1957, in which he gives a first-person account of an intellectual lying in a hospital bed and meditating about illness and mortality. He died in Zagreb.

Like many writers who used to work in Yugoslavia, he is claimed both by Croatian and Serbian literature.

His talents were also used for the medium of film. In 1954 he wrote the script for Koncert, one of the most important titles in the history of Yugoslav cinema.

Vladan Desnica is buried in Serbian Orthodox Church of Saint George, next to the castle of Stojan Janković in Islam Grčki. The church was destroyed by Croatian paramilitaries in operation Maslenica in January 1993 during which Desnica's gravestone was damaged.

The contents of this page are sourced from Wikipedia article on 13 Apr 2020. The contents are available under the CC BY-SA 4.0 license.
View Vladan Desnica 's image gallery
Image Gallery 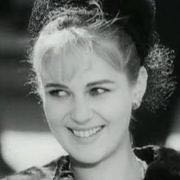