Vivica A. Fox
The basics

Vivica Anjanetta Fox (born July 30, 1964) is an American actress, producer and television host. Fox began her career with roles on the daytime television soap operas Days of Our Lives (1988) and Generations (1989–91), subsequently shifting to the prime-time slot starring opposite Patti LaBelle, in the NBC sitcom Out All Night (1992–93). Fox's breakthrough came in 1996, with roles in two box-office hit films, Roland Emmerich's Independence Day and F. Gary Gray's Set It Off.

Fox later has starred in films Booty Call (1997), Soul Food (1997), Why Do Fools Fall in Love (1998), Kingdom Come (2001), Two Can Play That Game (2001), and Boat Trip (2002). Fox played Vernita Green in Kill Bill, and played supporting parts in films like Ella Enchanted (2004). Fox had the leading roles in the short-lived Fox sitcom Getting Personal (1998), and CBS medical drama City of Angels (2000). From 2003 to 2006, she co-starred in and produced the Lifetime crime drama series, Missing, for which she received NAACP Image Award for Outstanding Actress in a Drama Series. Fox has also produced a number of straight-to-video films.

Fox was born in Benton Harbor, Michigan the daughter of Everlyena, a pharmaceutical technician, and William Fox, a private school administrator. In interviews she has mentioned having African American and Native American ancestry. Her parents relocated to the Benton Harbor, Michigan Area soon after her birth. Fox is a 1982 graduate of Arlington High School in Indianapolis and Golden West College in Huntington Beach, California, with an AA degree in Social Sciences.

In 1988, Fox relocated to California in order to attend Golden West College. While in California she started acting professionally, first on the NBC daytime soap opera Days of Our Lives in 1988 playing Carmen Silva. After making her debut as a hooker in Oliver Stone's war drama film Born on the Fourth of July (1989), she was cast as Emily Franklin in the pilot episode of ABC comedy series, Living Dolls, a spin-off of the sitcom Who's the Boss? but was replaced with Halle Berry for the remaining episodes. Later that year, Fox was cast as Maya Reubens, the leading character, in the NBC daytime soap opera Generations. The series was groundbreaking in that it was the first soap opera to feature from its inception an African-American family.

In the early 1990s, Fox began appearing in prime time television, playing guest starring roles on The Fresh Prince of Bel-Air, Beverly Hills, 90210, Family Matters, Matlock and Martin. In 1992, she was cast as Patti LaBelle's fashion designer daughter, Charisse Chamberlain, on the NBC sitcom Out All Night. In addition to her role, she returned to soap operas with role of Dr. Stephanie Simmons on CBS' The Young and the Restless during 1994–95. In 1995, she had a cameo role in the comedy film Don't Be a Menace to South Central While Drinking Your Juice in the Hood.

In 1996, Fox played Will Smith's character's girlfriend, Jasmine Dubrow, in the epic science fiction disaster blockbuster Independence Day, directed by Roland Emmerich. The film grossed over $800 million worldwide. Fox received an MTV Movie Award for Best Kiss with Smith, and was nominated for a Saturn Award for Best Supporting Actress. Later that year, she played Francesca 'Frankie' Sutton in the crime action film Set It Off opposite Jada Pinkett Smith, Queen Latifah and Kimberly Elise. Directed by F. Gary Gray, Set It Off became a critical and box office success, grossing over $41 million against a budget of $9 million. In 1997, Fox starred in three movies: Booty Call, a Columbia Pictures' comedy opposite Jamie Foxx; the superhero film Batman & Robin; and 20th Century Fox's critically acclaimed comedy-drama Soul Food. The latter was a major box office success. For her role, Fox received her first NAACP Image Award for Outstanding Actress in a Motion Picture nomination, and MTV Movie Award for Best Performance.

In 1998, Fox starred alongside Halle Berry, Lela Rochon and Larenz Tate in the romantic drama film Why Do Fools Fall in Love, playing one of the three wives of singer Frankie Lymon. The following year, she appeared in stoner comedy horror Idle Hands, and Teaching Mrs. Tingle with Helen Mirren. Fox had additional leading roles on television. She also takes a leave of absence on Out All Night to starred opposite Arsenio Hall in the short-lived ABC sitcom Arsenio in 1997, and returned to Out All Night after her show was canceled. After she left the cast shortly after Out All Night ended its run in 1998, she was lead actress in the short-lived Fox sitcom Getting Personal in 1998. She played Queen of Sheba in the British television film Solomon in 1997. In 2000, she starred alongside Blair Underwood in the short-lived CBS medical drama, City of Angels.

In 2001, Fox had starring roles in three films. First was Kingdom Come, a comedy-drama starring LL Cool J, Jada Pinkett Smith and Whoopi Goldberg. She played the lead in the romantic comedy Two Can Play That Game, and had supporting role in the independent comedy-drama Little Secrets. In 2002, she starred alongside Miguel A. Núñez Jr. in Juwanna Mann, and with Cuba Gooding Jr. in Boat Trip. In 2003, Quentin Tarantino cast her as Vernita Green in his two-part martial arts film Kill Bill.

From 2004 to 2006, Fox starred as FBI special agent Nicole Scott and co-produced the Lifetime television crime drama series, Missing. She received NAACP Image Award for Outstanding Actress in a Drama Series for her role in 2006. Also in the 2000s, she produced (and played the leading roles) several films, include Motives, The Salon, Getting Played and Three Can Play That Game. From 2007 to 2009, she had the recurring role in the HBO comedy series, Curb Your Enthusiasm as a mother of a family displaced by a hurricane and taken in by Larry and Cheryl.

Fox was a judge on The WB's talent show The Starlet. Fox participated in the third season of ABC's hit television show, Dancing with the Stars, she was voted off after the fourth week. In 2009, Fox served as celebrity spokesperson for the newly revamped Psychic Friends Network. After receiving backlash for her involvement with the network, Fox denied any involvement with the company, despite having filmed a commercial and promo video which had already gone to air. Fox also hosted her own VH1 reality series Glam God with Vivica A. Fox (2008), TV Land's The Cougar (2009), and Lifetime's Prank My Mom (2012). She was contestant on The Apprentice in 2015.

In the late 2000s and 2010s, Fox had supporting roles in poorly received by critics movies such as The Hard Corps (2006) alongside Jean-Claude Van Damme, Kickin' It Old Skool (2007) starring Jamie Kennedy, and Private Valentine: Blonde & Dangerous (2008) with Jessica Simpson. On television, Fox had guest star roles on Law & Order, Drop Dead Diva, Melissa & Joey and Raising Hope. As regular, she starred in the syndicated sitcom Mr. Box Office alongside Bill Bellamy and Jon Lovitz.

In 2013, she took part in the christian sports drama film Home Run. The film had a limited release on April 19, 2013 in the United States and has grossed over $2,861,020. On the review aggregator Rotten Tomatoes, the film received 45% positive reviews from 11 critics. She also gave her voice to the direct-to-DVD animated movie Scooby-Doo! Stage Fright. On October 1st, 2013, she was a supporting role in the christmas movie So This Christmas, alongside Eric Roberts.

In 2014, she participated in the acclamed and parodic TV movie Sharknado 2: The Second One. Later, the same year, she was one of main actress of the action film starring Mercenaries, alongside Kristanna Loken, Brigitte Nielsen, Cynthia Rothrock, Zoë Bell, and Nicole Bilderback.

In 2015, she was cast as Cookie Lyon's sister for the second season of the Fox prime time soap opera, Empire. In parallel, she was acted in the comedy-drama film Chocolate City, alongside Robert Ri'chard, Michael Jai White, Carmen Electra. In the United States, the film was released in a limited release and through video on demand on May 22, 2015. Freestyle Releasing handled the theatrical release with Paramount Home Entertainment handling the video on demand and home media release of the film. The film also debuted on BET on June 10, 2015. She also took part in the crime action thriller The Good, the Bad, and the Dead, starring Johnny Messner, Dolph Lundgren, Danny Trejo and Michael Paré. She was present in the thriller movie True to the Game, based on Teri Woods' novel of the same name.

In 2016, she reprised her Independence Day role in Roland Emmerich's Independence Day: Resurgence. The film was released on June 24, 2016. In 2016 it was announced that she would portray the president of the United States in the science fiction film "Crossbreed", making her the first African-American woman to portray the role in a feature film. In the same time, she was casted in the television film The Wrong Roommate.

January 4, 2017, Lifetime launched the premiere of Vivica's new venture "Vivica's Black Magic" which was an exotic male review. At the same time, she had a supporting role in the movie Chocolate City: Vegas Strip guestarring Robert Ri'chard, Michael Jai White, Mekhi Phifer, Ginuwine and Melanie Brown. The movie is available since August 12, 2017 on netflix. Fox appeared as Cheer Goddess in the film Bring It On: Worldwide Cheersmack. She also starred in the tv biopic Bobbi Kristina, based on the life of the Whitney Houston daughter's Bobbi Kristina. Furthermore, she was acted in the independent drama film Jason's Letter. The film made its premiere on June 11, 2017 at the Schwartz Center for the Arts in Dover.

In 2019, she starred in severals David DeCoteau TV movies including : The Wrong Stepmother, The Wrong Boy Next Door, The Wrong Mommy, The Wrong Tutor and The Wrong Cheerleader. She appeared as Dr. Angela Foster in the TV series The Bay. She was starred in the drama movie Fire And Rain. She was played in two christmas tv movie 2nd Chance for Christmas and Christmas Matchmakers starring Dorian Gregory.

In December 1998, Fox married singer Christopher "Sixx-Nine" Harvest. The couple divorced in 2002. Fox later dated rapper 50 Cent in 2003. In November 2011, Fox and club promoter Omar "Slim" White broke off their ten-month engagement. Fox has stated that she regrets that she did not have children, and that it is her biggest regret in life.

The contents of this page are sourced from Wikipedia article on 12 Feb 2020. The contents are available under the CC BY-SA 4.0 license.
View Vivica A. Fox 's image gallery
Image Gallery 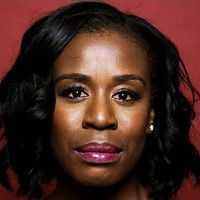 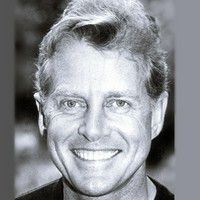 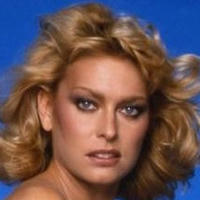