Vítor Luiz Faverani Tatsch (born May 5, 1988) is a Brazilian professional basketball player who last played for Delteco GBC of the Liga ACB. He has also represented Brazil in international competition and holds a Spanish passport.

Faverani arrived in Spain at age 14 and started playing for Unicaja's junior ranks. In 2005, he joined Clínicas Rincón Axarquía of the LEB Oro, the junior team of Unicaja. In 2006, he joined the Unicaja senior team where he made his Liga ACB debut during the 2006–07 season. He also spent time with CAI Zaragoza in 2006–07, playing 24 games in the LEB Oro. For the 2007–08 season, he was loaned to Gipuzkoa BC. In 2008–09, he played seven EuroLeague games for Málaga while also spending time with Clínicas Rincón Axarquía.

After going undrafted in the 2009 NBA draft, Faverani parted ways with Málaga on August 26, 2009. The next day, he signed with CB Murcia.

After two seasons with Murcia, Faverani signed a two-year deal (with the option of a third) with Valencia Basket on July 19, 2011. On September 1, 2012, he extended his contract with the club through the 2014–15 season. However, following the 2012–13 season, he parted ways with Valencia in the hopes of signing in the NBA.

On July 22, 2013, Faverani signed a three-year deal with the Boston Celtics. During his rookie season, he had multiple assignments with the Maine Red Claws of the NBA Development League. On March 7, 2014, he underwent successful left knee arthroscopy to repair a torn lateral meniscus, subsequently sidelining him for the rest of the season. On December 18, 2014, he was waived by the Celtics following the Rajon Rondo trade; he did not make an appearance for the Celtics in 2014–15.

On July 10, 2015, Faverani signed with the Israeli club Maccabi Tel Aviv. On November 2, he was waived by Maccabi after appearing in only two official games. 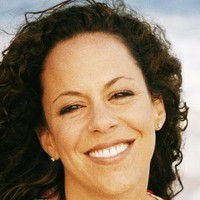 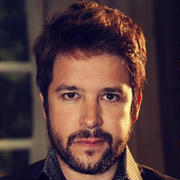