On 18 August 1990, when he was 29, Vissarion claims that he had a revelation that he was the reincarnation of Christ. He first spoke publicly in Minusinsk on 18 August 1991. He founded the "Church of the Last Testament" (Церковь Последнего Завета Tserkov Poslednego Zaveta), also known as "Community of Unified Faith", with its head church located in the Siberian Taiga in the Minusinsk Depression east of Abakan, in the small settlement of Petropavlovka. He teaches reincarnation, vegetarianism, and apocalypse. He has around 4,000 followers (called Vissarionites) living in the settlement and around 10,000 followers worldwide.

Vissarion was born in Krasnodar to Anatoly Torop and Nadezhda (née Malashenko); after service in the Red Army, he settled in Minusinsk. He worked as a patrol officer before losing his job in 1989. He claims that in 1990 he was "reborn" as Vissarion, a returned Christ. In his system this does not make him God, but instead the word of God. His religion combines elements of the Russian Orthodox Church with Buddhism, apocalypticism, collectivism, and ecological values.

His followers observe strict regulations, are vegetarians, and are allowed no vices such as smoking or drinking alcohol, and money is banned. The aim of the group is to unite all religions on Earth. Vissarion formed his religion around the time of the fall of the USSR.

Tiberkul, the settlement in the Taiga, was established in 1994 on a territory of 2.5 square kilometres (620 acres), and today the community spans several nearby villages as well, including villages of Petropavlovka and Cheremshanka, at ca. 56°37′N 96°12′E﻿ / ﻿56.617°N 96.200°E﻿ / 56.617; 96.200, and counts some five thousand inhabitants, largely living autochthonous and on ecological principles. The central settlement, also called The Town and The Mountain, has a three-tiered structure: the Town itself (Abode of Dawn), the Heavenly Abode, and the Temple Peak.

In October 1995, the religious association of Vissarion officially registered as the "Church of the Last Testament".

Vissarion has two wives, and six children from two marriages. He rejected his first wife and married a nineteen-year-old who had lived with him since she was a girl of seven.

Vissarion has a younger half-sister, Irina. Though his biological mother is a woman named Nadyezhda, Vissarion considers Mary, mother of Jesus, as his own mother.

Vissarion's cult is estimated to have some ten thousand adherents, with claims of up to 50,000 adherents in eighty-three communities spread over 150 square kilometers..

Since 1992, biographer Vadim Redkin has published an annual volume detailing Vissarion's activities. Vissarion has attracted a number of followers from Germany's esoteric subculture, and seven volumes of Vadim's account have been translated into German.

In May 2012, the Vice YouTube channel released "Cult Leader Thinks He's Jesus (Documentary Exclusive)", containing a report by Rocco Castoro, a reporter for Vice in Petropavlovka, and his interview with Vissarion. The video depicts the settlement and the people as a very nice place with good people, but the ideas of the group as very cultish. This was the first time Vissarion had granted an interview in three years.

In a video released in January 2014 by RT, titled "Siberian 'Messiah'", Vissarion predicts a great flood and promises salvation and spiritual perfection to his followers. 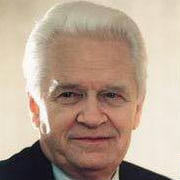 Officer in the Brandenburg-Prussian army