Vishnu Ramakrishna Karkare (c. 1910 – 6 April 1974), a Hindu Mahasabha activist was sentenced to life imprisonment for his role in an attempt to assassinate Mahatma Gandhi.

Vishnu Ramkrishna Karkare was born of Marathi speaking Karhade Brahmin or Chitpavan parents, which is about all he knew of his early days. He did not even know the date of his birth, because both his parents had died when he was a small child, and he had been brought up in the Northcote Orphanage in Bombay, which put down his approximate date of birth as 1910. As a boy he had received little or no schooling even though later he taught himself to read and write Marathi and Hindi. At the age of ten he began to work as a tea shop drudge in Bombay, and later move to Poona.

After fifteen years of hard work, he moved to Ahmednagar from Pune. In a disused cowshed near the motor stand, he started his own tea shop. The only food he served beside tea was puris and, to go with it, a chilli concoction. The tea shop was a success, and Karkare was able to expand it into a cheap hotel and referred it as a ‘lodging and boarding house'. The hotel, too, did well, and Karkare erected his own building to house it. He married, and employed servants to work in his hotel The Deccan Guest House. Prosperity was at his home.

During the partition of India and Pakistan a huge Hindu-Muslim tragedy had occurred at Noakhali. So on the day of the "Bhaubeej" or the Hindu festival of Brothers' day in Marathi on which it is customary for brothers to give presents to their sisters, he called upon the public of Ahmednagar to come to his shop and donate whatever they could for their sisters' in Noakhali. By the end of the day he had collected more than Rs. 3000. He and six Mahasabha workers went off to Noakhali. They wore typically Hindu turbans and dhotis and tilaks on their forehead. Knowing that they were likely to be singled out for attacks, under their shirts they wore chain-mail jackets which they had bought from a man in Poona whom Karkare knew, Digambar Badge. Once in Noakhali, they travelled from village to village, and at places opened up relief centers in the name of ‘Veer Savarkar'.

One of Karkare's associates, Ghanashyam Gilda, borrowed a few lorries from haulage contractors to bring the refugees into town and even managed to find some tin shelters for them. Karkare took the responsibility to give refugees free meals in his hotel. After a few days, Karkare even managed to borrow some tents from the army and had them set up. For nearly a month, till the Visapur refugee camp was established, Karkare must have given between 30,000 and 35,000 free meals.

After returning from Noakhali, he continued to visiting Poona at least once in every week and ran his Deccan Guest House as well as the Hindu Mahasabha office in Ahmednagar. But routine work no longer interested him or kept him occupied. By then the riots had broken out in the Punjab. During this time his contacts with Narayan Apte and Nathuram Godse became even more closer. It was at this lodge where Madanlal Pahwa arrived asking for shelter to hide, after he had thrown a bomb disrupting a Muslim procession in the post-partition riots in the town. Karkare and Pahwa then became friends where Karkare introduced Pahwa to his other revolutionary colleagues in Poona.

Vishnu Ramkrishna Karkare was arrested in Bombay on14 February 1948 for his involvement in the attempt to assassinate Mahatma Gandhi. He was present at the Birla House when the bomb exploded on January 20, 1948. After completing his term in the prison he was released on 13 October 1964. He continued his business at Ahmednagar until he died from a heart attack on April 6, 1974. 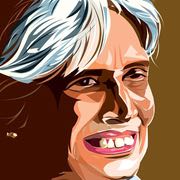 Father of the first Sikh guru 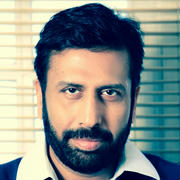