Virgilio Martínez Véliz (born August 31, 1977) is a Peruvian chef and restaurateur. He is considered one of the new generation of Peruvian chefs promoting the spread of Peruvian cuisine. He is known for his use of applying modern cooking techniques to indigenous Peruvian ingredients. Marie Claire magazine calls him "the new star of Lima's gastro sky." On April 29, 2013, his flagship restaurant, Central Restaurante, entered as number 49.99 in The World's 50 Best Restaurants as awarded by the British magazine Restaurant. In 2014, the restaurant jumped 35 places to number 15, winning the "Highest Climber" award, and later that year was named Best Restaurant in Latin America.

Martínez studied at and received his certifications at Le Cordon Bleu in Ottawa and London. During his formative years he worked at well-known restaurants such as Lutèce (New York City); Can Fabes (Sant Celoni); and served as executive chef at Astrid & Gastón in both Bogotá and Madrid.

Use of Peruvian ingredients

Martínez is known for his use of unique ingredients such as a potato grown at 5,000 meters above sea level; kushuru (cushuro), an edible cyanobacteria harvested in high-altitude wetlands; and wild varieties of kiwicha and quinoa. He is an aficionado of the use of salt, and cooks with more than 120 varieties in his restaurant in Lima. In 2013, Martínez helped form Mater Iniciativa, an interdisciplinary group of professionals who travel throughout Peru in search of unique ingredients which Martinez in turn incorporates into his cooking.

Martínez is currently chef and owner of Central Restaurante, his flagship restaurant located in the Miraflores District, Lima, Peru. In June 2012 he opened Senzo, a project in conjunction with Orient-Express Hotels, located in Palacio Nazarenas hotel in the city of Cuzco. In July 2012 he opened Lima, a modern Peruvian-style restaurant located in the Fitzrovia neighborhood of London. It was awarded a Michelin star in the 2014 Michelin Guide. In July 2014 a second Lima restaurant was opened in the Covent Garden district of London and dubbed Lima Floral. On March 5th 2017, a third Lima restaurant was opened in Dubai at Citywalk Phase 2.

Martínez has participated at various gastronomic congresses and events.

Use of Peruvian ingredients 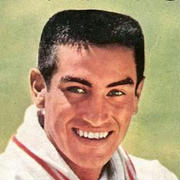