Virgil Smith, Jr. (born 1979) was a member of the Michigan Senate. He was a member of the Michigan House of Representatives from 2003 to 2008. He served the three terms allowed under current term limits law. Smith is the son of former Michigan State Senator Virgil Smith. In 2010 he was elected to the Michigan Senate to fill the seat formerly held by Samuel "Buzz" Thomas, who left the Senate due to term limits.
Smith won the Democratic primary in 2002 against former state senator Henry Stallings II.
Smith did his undergraduate studies at Michigan State University earning a degree in political science. He received his master's degree in public administration at Western Michigan University.
On May 12, 2015, Smith was formally charged with assaulting his ex-wife outside his home. Smith was also accused of firing multiple shots at his ex-wife's Mercedes-Benz. Charges include felony firearm, felonious assault, malicious destruction of property and domestic violence. Although out on bond, Smith was ordered to have no contact with his ex-wife. He is also expected to be due back in court for a probable cause conference on May 22, 2015. A preliminary examination is also scheduled for May 29, 2015. In light of this, he was removed from his caucus leadership position and committee memberships, and resigned effective April 12, 2016.

Senator Virgil Smith JR was charged with felonious assault on May 10, 2015. Smith 35, was charged with felonious assault, malicious destruction of personal property $20,000 or more, domestic violence assault and battery and felony firearm after he was accused of shooting up the car of his ex-wife, Anistia Thomas. On February 11, 2016, Smith agreed to plead guilty to malicious destruction of personal property $20,000 or more. Per his plea agreement, Smith will serve 10 months in the Wayne County Jail, resign from the state Senate and serve five years of probation where he will not be allowed to hold public office. At his March 14, 2016, sentencing, Wayne County Circuit Court Judge Lawrence Talon sentenced Smith but said it would be illegal for him to require Smith resign from office or not hold office during his probation. Wayne County Prosecutor Kym Worthy said if Smith does not resign, her office would rescind Smith's plea agreement. At a hearing on March 28, 2016, Talon refused a request from the Wayne County Prosecutor's Office to rescind Smith's plea agreement and take the case to trial, seeing as he had yet resigned his Senate seat. Immediately after the hearing, Smith was taken into custody to begin serving his 10-month jail sentence. On March 31, 2016, Smith submitted his resignation to Michigan Senate Majority Leader Arlan Meekhof, effective April 12, 2016.

Smith was released from the Wayne County Jail in December 2016, earning 51 days credit for good behavior. 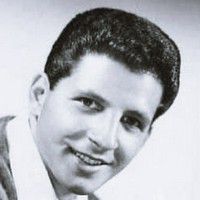 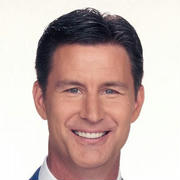