Violant of Bar
The basics

She was the daughter of Robert I, Duke of Bar and Marie of Valois. Violante was the eighth of eleven children. She was married in 1380 at the age of 15 to John, Duke of Girona, the heir apparent to the throne of Aragon, thus becoming Duchess of Girona and Countess of Cervera.

Her husband became King of Aragon in 1387. He was often ill, and Violante wielded considerable administrative power on his behalf: in 1388, she was queen-lieutenant and governed Aragon as such for seven years. She transformed the Aragonese court into a center of French culture. She especially cultivated the talents of Provençal troubadours (poet-musicians).

After John's death in 1395, she dedicated herself to the education of her only surviving child, Yolande. Yolande and her sons claimed the Kingdom of Aragon after John's death.

Violant died in Barcelona on 13 August 1431 at the age of sixty-six. 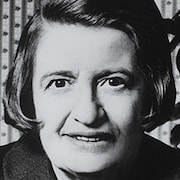