Vinson Robert Smith (born July 3, 1965 in Statesville North Carolina), is a former American football linebacker, who spent 12 years in the National Football League after graduating from East Carolina University. In 1992, Smith won Super Bowl XXVII as a member of the Dallas Cowboys against the Buffalo Bills. In 1995, Smith was awarded the Ed Block courage award as a member of the Chicago Bears.

Smith received All-American honors while playing defensive tackle for Statesville High School. He accepted a scholarship to play football at East Carolina University, where he was converted to middle linebacker and led the Pirates in total tackles in 1986 (116) and 1987 (118).

In 2003, he was inducted into the East Carolina University Hall of Fame.

Smith was signed as an undrafted free agent by the Atlanta Falcons in 1988. He made the team, but was active only for 3 games, before being placed on injured reserve for the last 2 weeks of the season.

He signed with the Pittsburgh Steelers as a Plan B free agent in 1989, but broke his left foot during pre-season and was again placed on injured reserve.

Although he didn't have many regular season games, Jimmy Johnson and Dave Wannstedt remembered his playing days at East Carolina University, and signed him as a Plan B free agent in 1990.

Smith was a special teams standout and led the unit in tackles until late in the 1990 regular season, when he replaced an injured Ken Norton, Jr. at linebacker against the Philadelphia Eagles. That performance earned him his first career start and game MVP honors, in the team's next game against the Atlanta Falcons. He was named the starter at strongside linebacker in 1991, although he contracted hepatitis, which forced the team to place him on injured reserve for the last 3 games of the season, and have Dixon Edwards replace him in the starting lineup.

In 1992 the Cowboys won Super Bowl XXVII with him as a starter and contributing to the goal-line stand, that stopped the Buffalo Bills inside the Cowboys 1-yard line.

In 1993 after defensive coordinator Dave Wannstedt became the head coach for the Chicago Bears, he traded for Smith, linebacker Barry Minter and a sixth-round draft pick, in exchange for linebacker John Roper, tight end Kelly Blackwell and safety Markus Paul.

On March 1995, the Chicago Bears signed him to a new two-year contract. He was a four-year starter at strongside linebacker for the team.

In 1997 he signed as a free agent with the Dallas Cowboys, who needed to make room for Deion Sanders under the salary cap, and was forced to release Alan Campos at the end of preseason, keeping only 5 linebackers, with Smith backing up all three linebacker positions and starting in three games.

In 1998 he signed as a free agent with the New Orleans Saints, where he played as a backup for two years before retiring.

Smith has held many football training camps for the youth of Iredell County, North Carolina. He was the head coach of Piedmont Christian Paladins in Statesville currently, Smith owns his own business JPC Bail Bonds. He is married to Maria Robinson-Smith they have 5 children and 6 grandchildren. 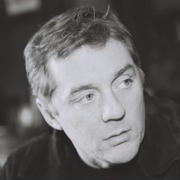 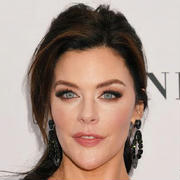 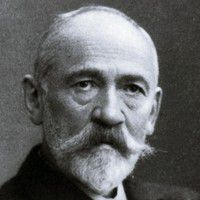