In 2009, Soldo joined GNK Dinamo Zagreb youth academy when he was a young child from NK Dubrava. He was one of the brightest talents of a very interesting generation of Dinamo Zagreb players born in 1998, including Josip Brekalo, Nikola Moro, Borna Sosa, Branimir Kalaica and Adrian Šemper.

On 12 January 2016, Soldo has signed his first professional contract with Dinamo Zagreb. He made his league debut on 6 May 2016 against NK Slaven Belupo at Gradski stadion which Dinamo Zagreb won 3-0. In this match, he played 33 minutes, after he was substituted for Alexandru Mățel. In 2015/16 Season that Soldo made professional debut, Dinamo Zagreb achieved double:league and cup.

The contents of this page are sourced from Wikipedia article on 20 Aug 2020. The contents are available under the CC BY-SA 4.0 license.
comments so far.
Comments
From our partners
Sponsored
Reference sources
References
http://www.generazioneditalenti.it/vinko-soldo-1998-croazia/
https://int.soccerway.com/matches/2016/05/06/croatia/1-hnl/nk-slaven-koprivnica/nk-dinamo-zagreb/2042841/
https://slobodnadalmacija.hr/sport/hajduk/clanak/id/565408/cijeli-rudes-vrijedi-tri-kvarta-caktasa-evo-sanse-za-prvu-prvenstvenu-pobjedu
http://hns-cff.hr/en/players/136881/vinko-soldo/
https://int.soccerway.com/players/vinko-soldo/386603/
https://hrnogomet.com/hnl/igrac.php?id=3135&lang=en 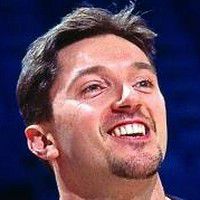