Vinciane Despret is a Belgian philosopher of science, associate professor, at the University of Liège, Belgium.

Vinciane Despret first graduated in philosophy. She studied psychology and graduated in 1991. She is most known for having provided a reflexive account on ethologists, observing babblers in the Negev desert and the way they would interpret those birds' complex dance moves.

She is considered to be a foundational thinker in what has now became the field of animal studies. More generally, at the heart of her work lies the question of the relationship between observers and the observed during the conduct of scientific research.

Despret affiliates herself to such critical thinkers in philosophy and anthropology of science as Isabelle Stengers, Donna Haraway and Bruno Latour. She undertakes a critical understanding of how science is fabricated, following scientists doing fieldwork and the way they actively create links and specific relationships to their objects of study.

Although she has mostly published books in French, some of her works are planned to be published in English in the course of late 2012. 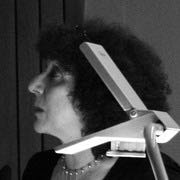