Michael Vincent O'Brien (9 April 1917 – 1 June 2009) was an Irish race horse trainer from Churchtown, County Cork, Ireland. In 2003 he was voted the greatest influence in horse racing history in a worldwide poll hosted by the Racing Post. In earlier Racing Post polls he was voted the best ever trainer of national hunt and of flat racehorses. He trained six horses to win the Epsom Derby, was twice British champion trainer, won three Grand Nationals in succession and trained the only British Triple Crown winner since the Second World War. Aidan O'Brien (no relation) took over the Ballydoyle stables after his retirement.

In his early days Vincent O'Brien was a trainer of steeplechasers and hurdlers, and won the Grand National at Liverpool three times in succession, with three different horses – Early Mist in 1953, Royal Tan in 1954, and Quare Times in 1955. The greatest steeplechaser he trained was Cottage Rake, which won the Cheltenham Gold Cup three times in succession (1948–1950). He later trained Knock Hard to also win the Cheltenham Gold Cup (1953). He also won the Champion Hurdle three years in succession with Hatton's Grace (1949–1951).

Soon after his third Grand National triumph, he turned his attention to flat racing, and set up his stables at Ballydoyle, near Cashel, County Tipperary. Ballymoss, owned by American businessman John McShain, was O'Brien's first top-flight flat racing horse. This colt won the Irish Derby Stakes and England's St. Leger Stakes in 1957 and France's Prix de l'Arc de Triomphe in 1958, en route to earning European Horse of the Year honours. For another American, Alice du Pont Mills, he trained the filly Glad Rags who in 1966 gave him his only win in the 1,000 Guineas Stakes. O'Brien's first Epsom Derby winner was Larkspur in 1962. His other Derby winners were Sir Ivor (1968), Nijinsky (1970), Roberto (1972), The Minstrel (1977) and finally Golden Fleece (1982). O'Brien also trained the brilliant dual Prix de L'Arc de Triomphe winner, Alleged, which triumphed in 1977 and 1978.

During the 1970s, he and owner Robert Sangster, along with O'Brien's son-in-law, John Magnier, established what became known as the Coolmore syndicate, which became a highly successful horse-racing and breeding operation, centred on Coolmore Stud in County Tipperary, and later incorporating stud farms in Kentucky and Australia. The combination of Vincent O'Brien's incredible gift for picking world class horses and John Magnier's business mind propelled Coolmore Stud to the top of the racing world, boasting greater assets than any other racing stud in Europe, the Middle East, or America. The key to the success was through use of the bloodline of a Canadian-bred horse named Northern Dancer, who had won a Kentucky Derby. One son of Northern Dancer was the British Triple Crown winner, Nijinsky, probably the best horse O'Brien ever trained. He was ridden to victory at Epsom by Lester Piggott, who was associated with the Ballydoyle stable during the most successful years of the late sixties and seventies.

Vincent O'Brien retired from training in 1994, four years after winning the 1990 Breeders' Cup Mile at Belmont Park in New York with Royal Academy.

Aidan O'Brien was then employed by Coolmore to take over the training responsibilities of Vincent O'Brien. Unlike Vincent, who was involved in every stage of the horses' selecting, training and breeding, Aidan's role involves training whatever horses have been bought or bred for him by Coolmore. This narrow focus has allowed Aidan to produce a great number of winners from Vincent's first rate bloodline of horses, maintaining Coolmore's status as the biggest bloodstock company in the world.

Vincent O'Brien was voted the greatest national hunt trainer of the 20th century, and was then voted the greatest flat trainer of the 20th century. In the vote for the greatest figure in the history of horseracing hosted by the Racing Post newspaper, Vincent O'Brien came first with 28% of the total vote, with his long-time stable jockey Lester Piggott placed second out of a pool of 100 contenders selected by a panel of racing experts. He was awarded the honorary degrees of Doctor of Laws (LLD) honoris causa by the National University of Ireland, and Doctor of Science (DSc) honoris causa by the University of Ulster.

Vincent O'Brien married Jacqueline Wittenoom, from Perth, Australia, in 1951 and had five children, daughters Elizabeth (widow of Kevin McClory), Susan (wife of John Magnier) and Jane (wife of Philip Myerscough); and sons Charles and David who followed in their father's footsteps as trainers, as did Vincent's grandson David Myerscough. Grandsons J P Magnier and M V Magnier have ridden with success as amateur jockeys. Charles was married to Anne Heffernan and had two children (Michael Vincent O'Brien Jr. and Katherine Margaret O'Brien). The marriage was dissolved and he subsequently married Tammy Twomey. They had two daughters (Emily Jillian O'Brien and Penny Jacqueline O'Brien). Altogether Vincent and Jacqueline had 5 children and 19 grandchildren.

O'Brien's older son, David won the Epsom Derby in 1984 with Secreto, beating his father's horse, El Gran Senor, by a short head. David, who also won the Irish and French Derbies in 1982 with Assert, is the youngest ever trainer to win an Epsom Derby, an Irish Derby, or a French Derby. However, in a decision that shocked the racing world, David suddenly retired from horse racing in 1988 following the birth of his third son, Charles.

O'Brien and his wife latterly spent half of each year in her home town of Perth, Western Australia and the remainder of the year in Ireland. He died at his Irish home in Straffan, County Kildare on 1 June 2009, aged 92.

Major wins on the flat 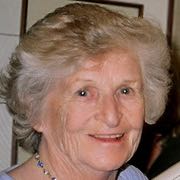