Vincent LoVerde (born April 14, 1989) is an American professional ice hockey defenseman. He is currently playing under contract with the Hartford Wolf Pack of the American Hockey League (AHL).

On January 9, 2013, LoVerde was loaned from the Ontario Reign of the ECHL, to AHL affiliate the Manchester Monarchs, on a professional tryout agreement.

On August 21, 2013, LoVerde was signed to a one-year AHL contract to remain with the Monarchs for the 2013-14 season. In establishing a regular position amongst the Monarchs defense, LoVerde contributed with a career high 20 points in 70 games.

LoVerde was rewarded for his impressive season in signing a one-year contract with NHL affiliate, the Los Angeles Kings, on May 16, 2014. During his time with the Ontario Reign, LoVerde served as the captain from 2015 to 2017. He was also invited to the 2016 and 2017 AHL All-Star Game.

On July 1, 2017, LoVerde left the Kings' affiliate clubs after 6 years, signing as a free agent to a two-year, two-way deal with the Toronto Maple Leafs.

As a free agent and having left a successful tenure within the Maple Leafs organization, LoVerde agreed to a one-year AHL contract with the Hartford Wolf Pack, affiliate to the New York Rangers, on July 1, 2019.

The contents of this page are sourced from Wikipedia article on 04 Jul 2020. The contents are available under the CC BY-SA 4.0 license.
View Vincent LoVerde 's image gallery
Image Gallery 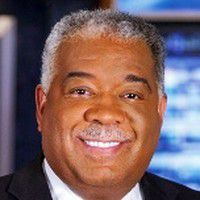