Vince Kidd was a finalist on series one of the Voice UK.

Following The Voice UK, an eight-track compilation was released in June 2012 featuring Kidd's renditions of "Like a Virgin" and "Always On My Mind"; entering the UK chart at number ninety-seven and one-hundred-and-thirty-four respectively. Vince released his debut extended play—Sick Love—in the United Kingdom on 4 November 2012; which peaked at number one-hundred-and-ninety-eight on the UK chart.

A music video for his second EP, The Zoo, featuring The Saturdays' Vanessa White, was uploaded to YouTube on 20 April 2013. The EP was released on 2 June 2012.

He featured on the Hollaphonic song "Dangerous", released on 9 February 2015. The song reached No. 1 in Qatar.

A song he co-wrote, "What Would Dusty Do?", was recorded by X Factor 2014 finalist Andrea Faustini, and released on his debut album on 17 July 2015. 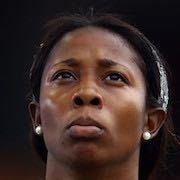