Vinayak Mete is a leader of the Shiv Sangram party. He was elected unopposed to the Maharashtra Legislative Council on 3 June 2016. This will be a consecutive term for him. He member of Nationalist Congress Party until 2014. He was candidate from Bharatiya Janata Party in Maharashtra Legislative Assembly election, 2014 from Beed (Vidhan Sabha constituency) but lost to Jaydattji Kshirsagar of Nationalist Congress Party.

Begum Jahanara of Palanpur, née Joan Falkiner from Australia, who married the Muslim ruler H.H. Taley Muhammed Khan, the Nawab of Palanpur, in 1939, and lived with him in Gujarat throughout the period leading to Indian Independence. 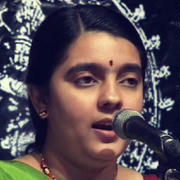