Skinnari is a former professional ice hockey player who played in the Finnish Elite League for the club Reipas Lahti, in the Netherlands for the club Dordrecht Lions, and for the Coventry club Solihull Blaze in the British National League..

From 1995 until 1999, Skinnari worked as a freelance journalist in Japan, the Netherlands, and the United Kingdom.

Skinnari was appointed Minister for Development Cooperation and Foreign Trade in the cabinet of Prime Minister Antti Rinne in 2019. After the collapse of the cabinet in December 2019, Skinnari continued in the same position in the following Marin Cabinet.

The contents of this page are sourced from Wikipedia article on 22 May 2020. The contents are available under the CC BY-SA 4.0 license.
View Ville Skinnari 's image gallery
Image Gallery 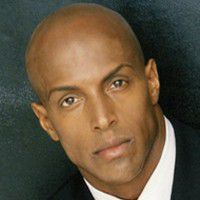