Vilas Sarang (Devanagari: विलास सारंग) (1942-2015) is one of the most significant modernist Indian writers, critics and translators to emerge in the post-independence period.

Vilas Sarang was born in 1942 in Karwar, a coastal town in Karnataka. He died on April 14, 2015. His father, of the non-Brahmin Bhandari caste, hailed from Malwan and was a magistrate. His mother came from Ratnagiri and reared six sons of whom Vilas Sarang is the youngest.

He studied in Marathi, the regional language, until high school, then attended Elphinstone College, Bombay, and obtained a doctorate in English Literature from Bombay University. From 1971 to 1974, Sarang studied in Bloomington, Indiana, from where he obtained a second doctorate in Comparative Literature under the direction of Professor Breon Mitchell.

He spent five years in Iraq (1974 to 1979), where he taught English at the University of Basrah. Sarang was head of the English Department at the Bombay University from 1988 to 1991, during which years he also edited The Bombay Literary Review. From 1991 to 2002, he taught at Kuwait University.

Having returned to India in 1979, he married Reba Dasgupta, of Bengali origin, in 1982, with whom he has two children. In June 2002, Sarang returned to Mumbai where he edits a literary journal called The Post Post Review.

Sarang's stories have appeared in the UK, US, Canada and India in journals such as Encounter, The London Magazine, TriQuarterly, The Malahat Review, and also in the anthologies New Writing in India (Penguin), The Penguin Book of Horror Stories and New Directions No. 41. His published books in English include a collection of stories, Fair Tree of the Void, and two novels, In the Land of Enki and The Dinosaur Ship.

One of the most significant modernist Marathi writers, Vilas Sarang has written remarkable short stories, poems, a novel and also pieces of criticism in his first language Marathi as well as in English. His Marathi short story collections are 'Soledad' (1975) and 'Atank' (1999) and translations of his stories in English are collected in 'A Fair Tree of the Void' (1990) and more recently 'The Women in the Cages' (2006). A selection of his short stories also appeared in French translation in 1988. His English novel 'The Dinosaur Ship' (2005) and his Marathi novel is 'Enkichya Rajyat'. His Marathi collection of poems is published under the title Kavita (1969–1984) and his collection of English poems is published as 'A Kind of Silence' (1978). He has also written significant criticism in Marathi 'Sisyphus ani Bolakka' and 'Aksharanchya Shrama Kela' (2000). He has also published The Stylistics of Literary Translation (1988) and edited the anthology Indian English Poetry since 1950 (1989). He has also edited reputed literary journals like the Bombay Review and The Post Post Review.

Sarang sees himself as "a bilingual writer". Indeed, as a post-colonial Indian, he has a complex relationship with language. Having published stories and articles in both Marathi and English, he acknowledges that he has a "divided psyche" – while his unconscious is "rooted in Marathi", leaving him with a sense of greater freedom and inventiveness in Marathi. He nevertheless feels that the "definitive text" of his creations lies invariably in their English versions, since English enables him to bring his works "before the world." Various literary influences can be perceived in the writings of Sarang. The "Marathi Navakatha" (New Story) writers of the 1950s and 1960s led Sarang to use the short-story form. The modernisation of Marathi poetry by B. S. Mardhekar in the 1940s and further poetical innovation by unconventional Marathi poets like Dilip Chitre and Arun Kolatkar in the post-Independence era enabled Sarang to explore new avenues in his own poetical creations. Western European writers like Kafka, Camus, Sartre and Beckett also offered Sarang "a liberating route to self-realization" as a writer, beyond the narrow, conformist paths that Marathi literature has taken since the 1980s, tending to a closed absorption in nativism and a fundamentalist Indian-versus-Western dichotomy. Sarang, on the contrary, is interested in experimenting with his own creativity by transcending the parameters of Indianness and Westernization.

His Marathi book 'सर्जनशोध आणि लिहिता लेखक' (Pursuit of Creation and Author Engaged in Writing) received an award of Government of Maharashtra in year 2008. 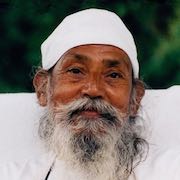 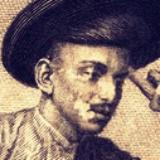 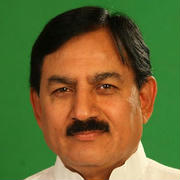