From October 2014 until July 2017 Nazarenko was the head of the State Border Guard Service of Ukraine.

After the war and the fall of the Soviet Union, he returned to his native Lviv Border Guard detachment where in 1992–94 he served functions as a chief of staff. In 1994 to 1995, he was a chief of the separate border checkpoint "Prykarpattia". From 1995, Nazarenko was a staff officer for the Northwestern and then Southern regional administrations of the Border Guard Troops.

In 2000–2004 Nazarenko was a chief of the Azov-Black Sea Regional Administration (initially Crimean) of the State Border Guard Service of Ukraine and headed the operation to prevent the Russian intrusion to the Tuzla island in 2003.

The contents of this page are sourced from Wikipedia article on 10 Jul 2020. The contents are available under the CC BY-SA 4.0 license.
View Viktor Nazarenko 's image gallery
Image Gallery 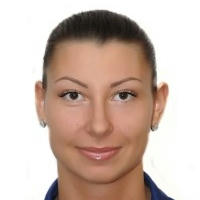