He made his professional debut in the Soviet First League in 1987 for FC Krylia Sovetov Kuybyshev.

He made his Russian Premier League debut for Krylia Sovetov on 29 March 1992 in a game against FC Spartak Moscow and played 4 seasons in the RPL with Krylia Sovetov and FC Lada Togliatti.

The contents of this page are sourced from Wikipedia article on 08 Mar 2020. The contents are available under the CC BY-SA 4.0 license.
comments so far.
Comments
From our partners
Sponsored
Reference sources
References
http://footballfacts.ru/players/15165-gaus-viktor-ejrihovich
Trending today in 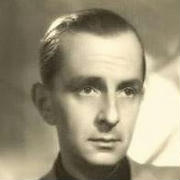