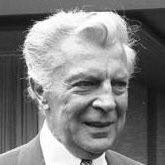 He was born the son of a farmer and engineer in Hohkirch near Görlitz (present-day Przesieczany in Poland), from where his family moved to Seifersdorf near Dippoldiswalde in Saxony in 1908 and to Chemnitz in 1913. De Kowa joined a cadet corps before he began occupational training as a graphic designer. Having attended drama classes with Erich Ponto, he gave his acting debut at the Staatstheater Dresden in 1922. After appearances in Lübeck, Frankfurt and Hamburg, de Kowa entered the stages of the Volksbühne and the Deutsches Theater in Berlin, as well as of the Prussian State Theatre under Gustaf Gründgens.

He had a first small film appearance in Nils Olaf Chrisander's The Heart Thief in 1927 and subsequently became one of the leading comic actors of the UFA film industry. During the Third Reich he joined the Nazi Party, directing the propaganda movie Kopf hoch, Johannes! in 1941. The film idealized the education of the German youth in National Political Institutes of Education, which earned de Kowa an entry on the Gottbegnadeten list to evade his Wehrmacht conscription, though Minister Goebbels was disillusioned with his directing.

Despite his involvement into Nazi cinema, de Kowa's film and theatre career quickly proceeded after the war. In 1945 he became director of the Berlin Tribüne theatre and an ensemble member of the Vienna Burgtheater from 1956 to 1962. As chairman of the Arts Union, he was also a board director of the Confederation of German Trade Unions (DGB).