Vijay Vittal Mallya (born 18 December 1955) is an Indian businessman and politician who is the subject of an extradition effort to try to force his return from the U.K. to India to face charges of financial crimes. The son of businessman Vittal Mallya, he is the ex-chairman of United Spirits Ltd, the largest spirits company in India and continues to serve as Chairman of United Breweries Group, an Indian conglomerate with interests in beverage alcohol, aviation infrastructure, real estate and fertiliser among others. He has been the Chairman of Sanofi India (previously known as Hoechst AG and Aventis) as well as the Chairman of Bayer CropScience in India for over 20 years, in addition to being the Chairman of several other companies.

Once called the "King of Good Times" due to his extravagant lifestyle, Mallya and his companies have been embroiled in financial scandals, and controversies since 2012. Mallya left India on 2 March 2016 after saying he wanted to move to Britain to be closer to his children. A group of 17 Indian banks are trying to collect approximately ₹9,000 crore (US$1.4 billion) in loans which Mallya has allegedly routed to gain 100% or a partial stake in about 40 companies across the world. Several agencies including the Income Tax Department and the Central Bureau of Investigation are investigating Mallya for charges including financial fraud and money laundering, and the Attorney General said that Mallya's assets abroad are "far in excess to loans taken by him". The 17 banks added a joint petition at the Supreme Court of India in March 2016 to try to prevent Mallya from leaving the country, but the Indian government indicated that he had already left. The Enforcement Directorate of India also filed a money laundering case against him in March 2016 for allegedly sending abroad some ₹900 crore (US$140 million) that had been loaned to his airline.

On 24 April 2016, the Ministry of External Affairs (India) revoked Mallya's passport, and he resigned from the Rajya Sabha on 2 May 2016, the day before the Ethics Committee of the Rajya Sabha was prepared to recommend his expulsion. Currently the Enforcement Directorate is seeking Interpol to raise an international arrest warrant against Mallya. Also, the High Court of Judicature at Hyderabad issued a non-bailable warrant against Mallya on 13 March 2016 for his failure to appear in the court regarding an allegation of cheating the GMR Hyderabad International Airport Ltd by issuing them a dishonoured cheque for ₹50 lakh (US$79,000).

On 13 June 2016, the Prevention of Money Laundering Act (PMLA) court declared Vijay Mallya a "proclaimed offender" on a request by the Enforcement Directorate (ED) in connection with its money laundering probe against him in an alleged Rs. 900 crore loan default case.

Mallya also co-owns the Formula One team Sahara Force India. His companies own Indian Premier League team Royal Challengers Bangalore, the I-League teams Mohun Bagan A.C. and East Bengal Football Club. He was also a member of the World Motor Sport Council representing India in the FIA, but quit after intervention from the sports ministry. He is also known for having launched Kingfisher Airlines, an airline established as a major business venture in 2005 that later became insolvent and was shut down in 2012. Mallya was also a member of the Rajya Sabha, the upper house of the Parliament of India, for his home state Karnataka.

On 18 April 2017, Mallya was arrested by the UK Metropolitan Police extradition unit "on behalf of the Indian authorities in relation to accusations of fraud", and he was then released on bail pending further consideration of the case. On 9 May 2017, the Supreme Court of India found Mallya guilty of contempt of court and summoned him to appear on 10 July. When he failed to appear, the Supreme Court said the contempt case would only proceed further after he is produced before the court. Mallya dismissed the proceedings against him – calling the situation a "witch hunt". He said "I have done absolutely nothing wrong. In fact I am glad that it is finally before a UK court and an impartial court. So we wait and see how it plays out." In the meantime, he is not allowed to leave Britain, but he said that is no hardship for him. He said "There's nothing to miss" for him about India, since his immediate family has all moved to England or the United States.

On 3 October 2017, Vijay Mallya was arrested as part of a money-laundering case in London and was released on bail.

Mallya was born the son of Vittal Mallya, a Goud Saraswat Brahmin from Bantwal, Karnataka and Lalitha Ramaiah. Vittal Mallya was the Chairman of United Breweries Group. Vijay Mallya was educated at La Martinière Calcutta, where he was appointed House Captain of Hastings house in his final year, and at St. Xavier's College, Kolkata, where he graduated with a Bachelor of Commerce degree (with honours) in 1976. While in college, Mallya interned in his family's businesses. After graduating, he interned at the American part of Hoechst AG in the United States.

In 1986, he met and married Sameera Tyabjee, an air hostess of Air India. They have one son, Siddharth Mallya, who was born on 7 May 1987. They were divorced shortly afterwards, although Mallya has stated in interviews that he has a "great relationship" with his first wife. In June 1993, Mallya married his current wife Rekha, whom he had known since childhood, and together they have two daughters, Leanna and Tanya. Rekha was previously married twice, and also has a daughter and son, Leila and Kabir, from a previous marriage. Mallya adopted Rekha's daughter Leila.

Generally characterized as having an extravagant lifestyle, Mallya claimed in 2005 to be someone who prays every day and conducts the entire 42-day Sabarimala fast every year while wearing only black clothing, and to be a devout follower of Sri Sri Ravi Shankar and the Art of Living Foundation.

Mallya became the Chairman of United Breweries Group in 1983 at the age of 28, following his father's death. Since then, the group has grown into a multi-national conglomerate of over 60 companies, with an annual turnover which increased by 64% over 15 years to US$11 billion in 1998–1999. He consolidated the various companies under an umbrella group called the "UB Group", spun off non-core and loss-making businesses and focused on the core business of alcoholic beverages. Over the years, he has diversified and acquired Berger Paints, Best and Crompton in 1988; Mangalore Chemicals and Fertilisers in 1990; The Asian Age newspaper and the publisher of film magazine, and Cine Blitz, a Bollywood magazine in 2001.

United's Kingfisher beer has more than a 50% market share in India's beer market. The beer is available in 52 countries outside India and leads among Indian beers in the international market.

United Spirits Ltd, the flagship company of the UB Group, achieved the historic milestone of selling 10 crore (100 million) cases, becoming the second-largest spirits company in the world by volume under Vijay Mallya's chairmanship. In 2012, Mallya ceded management control of United Spirits Limited to global spirits giant Diageo, although he retained a minority stake in the business. In February 2015 Mallya was forced to resign as Chairman of United Spirits, and he contracted to receive a $75 million severance payment as part of that deal, but the courts in India have blocked that payment.

Kingfisher Airlines, established in 2005, was a major business venture launched by Mallya. It eventually became insolvent and had to be closed down. As of October 2013, it had not paid salaries to its employees for 15 months, had lost its licence to operate as an airline, and owed more than US$1 billion in bank loans. By November 2015 the amount owed to the banks had grown to at least $1.35 billion, and there were other debts owed for taxes and to numerous small creditors. As part of the Kingfisher collapse, Mallya is accused of being a "willful defaulter" under Indian law, including accusations of money laundering, misappropriation, etc.

In March 2016, a consortium of banks approached the Supreme Court of India to stop Mallya from going abroad due to the pending money his companies owed them. As per media reports, he had already left India. On 13 March 2016 a court in Hyderabad issued a non-bailable warrant for Mallya's arrest, but it appears he is remaining at his country estate near London, England, while his lawyer contests the warrant with a higher court. On 18 April 2016, a special court in Mumbai also issued an undated non-bailable Arrest warrant against the businessman. This was issued in response to a plea by the Enforcement Directorate on 15 April before the special court hearing cases under the Prevention of Money Laundering Act, 2002. There were allegations on him that he transferred ₹4,000 crore (US$630 million) to tax havens.

On 11 June 2016, the Enforcement Directorate (ED) reported it had "provisionally attached" ₹1,411 crore (US$220 million) rupees worth of Mallya's Indian assets and properties against unpaid loans totalling ₹807 crore (US$130 million). On 3 September, it issued a second attachment order for a further ₹6,630 crore (US$1.0 billion) worth of Mallya's assets, including a farmhouse, shares in United Breweries and multiple flats in Bengaluru valued at ₹565 crore (US$89 million). By December 2016, the ED has attached a total of Rs 9661 crore worth of assets of Mallya and Kingfisher in India. This is one of the largest attachment of assets made by the ED in a Prevention of Money Laundering Act case till now. The ED also decided to send letters rogatory (LR) to the US, the UK and Europe requesting them to assist it in attachment of Mallya's over ten foreign assets. Previously a member of the Akhila Bharata Janata Dal, Mallya joined the Subramanian Swamy-led Janata Party in 2003 and was its National Working President until 2010. He was elected to the Rajya Sabha in 2002 as an independent member from his home state of Karnataka with the support of the Congress party and Janata Dal (Secular). In 2010, he was re-elected for a second term, this time with the backing of the Bharatiya Janata Party (BJP) and the JD(S)..

On 2 May 2016, Vijay Mallya resigned from his post as a Rajya Sabha MP, a week after the Rajya Sabha ethics panel declared that he should no longer be a member of the House and one day before the panel was set to meet again to recommend his expulsion. He had left India during this time and his passport had been revoked, making his position unattainable. In his resignation letter, Mallya said he was "shocked that the Department of Financial Services, Ministry of Finance, Government of India has provided factually wrong information to a Parliament Committee" and that he was resigning because he had concluded that he would "not get a fair trial or justice".

Mallya has received several professional awards both in India and overseas: 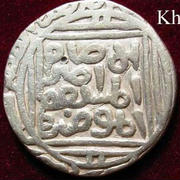 Poet and novelist of Gujarati language from India 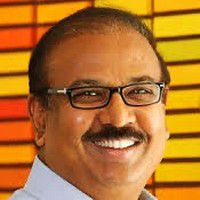 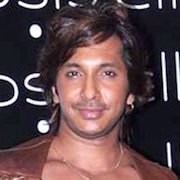 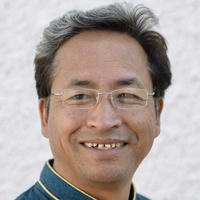