Victoria Petrovna Dayneko (Russian: Виктория Петровна Дайнеко) is a Russian singer, the graduator, and the winner of Star Factory-5, the participant of the Channel One’s project "Glacial age".

Victoria Petrovna Dayneko was born on May 12, 1987 in the village Kirov Taldy-Kurgan area. Her childhood was spent in the Yakut city Mirny (Yakutia). Since her childhood, she dreamed of becoming a variety singer, but her parents did not view her desire seriously. In school, Vika started to sing various Mirny (Yakutia) musical genres, mainly covering strangers hits. As in a small town, without any special educational institutions, Vick was the self-educated person. In parallel with it, Vika seriously engaged foreign, English, language.

In 2004, was the participant of the Channel One’s teleproject Star Factory Series 5 under the direction of Alla Pugacheva, which she won. Within the limits of the teleproject, Victoria sang two solo songs — «I will be better» and "Leila". Also it is necessary to note a duet Vika sang with Alexander Marshal on a song «Dreamed me». The duet was so pleasant to the public, that it has been decided to make a joint clip — the first in video of Victoria.

After the termination of the teleproject, Victoria began serious work Igor Matvienko. The debut clip of singer for the song "Leila" was shot in 2005 in Thailand. New songs with which, Vika acted on the various platforms, new further clips have followed. In parallel with this development, Victoria's life was often discussed in press—in 2006, the singer dated the member of the group «Korni» Pavel Artemyev. Although the affair did not last long, it has left a trace — a clip plot on a song of Dayneko «I will simply leave from you at once» ("Я просто сразу от тебя уйду") based on the idea of director Victor Priduvalov and a hit has been closely connected with the Korni’s clip «You want I will sing to you» ("Хочешь, я тебе спою")

In the beginning of 2007, Victoria has written a soundtrack to the film «In expectation of a miracle» — «Film not about love». In parallel with film shootings, the video clip on this song has been made.

In the autumn 2007, she was presented to nomination «Best performer» in ceremonies MTV Russia Music Awards, as a result of having conceded to the singer MakSim. Also she was the winner of the award of the channel Fashion TV in the nomination «fashion-singer of 2007».

In the beginning of the same year, Victoria has acted in photos for April issue of magazine Playboy, about which in consequence she has regretted.

In the same 2007 participated in the project Glacial age. In this project she was "star", being trained and supported by Alexei Yagudin — the first class figure skater. Victoria and Alexei have reached the project ending, but have not occupied prize-winning places.

With Alexei, Vika has written a song "Needle", of which there has been made a video clip. Certainly, hearings about the novel have spread. But they are only hearings.

Also in 2007 Victoria tested in cinema. A small, bit part in a teleserial «Happy together», where Vika has played herself, and also has voiced the main heroine Panti in an animation «Noev an ark» with the Russian version of a Gloria Gaynor’s song «I Will Survive».

On 6 March 2008 has released a debut album "Needle". The album became «the collection of hits of the singer» as it was the first album for 3 years of work. Now Victoria begins work on the second album. 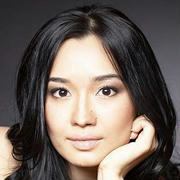