Victoria Benedictsson (March 6, 1850 in Domme – July 21, 1888) was a Swedish author. She was born as Victoria Maria Bruzelius in Domme, a village in the province of Skåne. She wrote under the pen name Ernst Ahlgren.
Benedictsson grew up on a farm in Sweden. At 21 she married a 49-year-old widower from Hörby. Benedictsson was not happy in her marriage and had a love affair with the Danish critic and scholar Georg Brandes. The unhappy love affair has often been blamed for her subsequent suicide, but she was also very unhappy with the intellectually limited life she led. She is, together with August Strindberg, regarded as one of the greatest proponents of the Swedish realist writing style. In her novels she described the inequality of marriage and often debated women's rights issues in her writings. Current critics see her as an early feminist; earlier the focus was on her love affair with Brandes.
She committed suicide in a room in Leopold's Hotel on Hovedvagtsgade - near Kongens Nytorv in Copenhagen - by slitting her carotid artery four times with a razor. 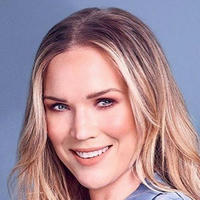