Victor Lorenzo Whitechurch (b. Norham, Northumberland 12 March 1868 – d. Buxton, Derbyshire 26 May 1933) was a Church of England clergyman and author.

He wrote many novels on different themes. He is probably best known for his detective stories featuring Thorpe Hazell, which featured in the Strand Magazine, Railway Magazine, Pearson's and Harmsworth's Magazines. Hazell was a vegetarian railway detective, whom the author intended to be as far from Sherlock Holmes as possible. Another character was the spy Captain Ivan Koravitch. He also wrote religious books, novels set in the church and his autobiography – Concerning Himself, The story of an ordinary man (1909).

Whitechurch's stories were admired by Ellery Queen and Dorothy L. Sayers for their "immaculate plotting and factual accuracy: he was one of the first writers to submit his manuscripts to Scotland Yard for vetting as to police procedure."

The BBC produced a series of five adaptations of short stories from Thrilling Stories of the Railway which were read by Benedict Cumberbatch.

Whitechurch was educated at Chichester Grammar School and Chichester Theological College. After various positions as curate he became vicar of St. Michael's, Blewbury in 1904. In 1913 he became Chaplain to the Bishop of Oxford, and an honorary canon of Christ Church. In 1918 he became Rural Dean of Aylesbury.

The Reverend John Smith is a conventional cleric, who learns on holiday he has been promoted to be Canon in Residence of Frattenbury Cathedral. While staying at a hotel he meets a fellow Englishman, who tells him the clergy are too divorced from reality. This stranger drugs Mr Smith and takes his clerical clothing, leaving in return his garish clothing, which Mr Smith is forced to wear for the rest of his holiday in St Moritz. However, because of this, he learns a great deal that the dog collar would have prevented. Meanwhile, the stranger adopts Smith's name and goes off gambling and quaffing vast quantities of champagne in Monte Carlo, to the horror of an Englishwoman there who writes to her friends in Frattenbury about him.

On returning to Frattenbury, Canon Smith champions the cause of reform, in particular improvements to slum housing to the anger of his church colleagues and the city magnates, who spread rumours of his supposed time in Monte Carlo.

He sends a £20 note he found in the stranger's jacket to someone threatened with bankruptcy. Unfortunately this turned out to be stolen in a bank robbery, and Canon Smith is embarrassed by having to admit in court how he came by the note to clear the accused.

All comes right when his friend Jane Rutland receives another letter about the "clergyman" and she is able to tip off the police to get him arrested. Canon Smith goes to the bank robber in the cells to thank him for opening his eyes to others' points of view, and shows his forgiveness. The novel ends with his engagement to Jane Rutland.

The book has been adapted for both the stage and radio.

The contents of this page are sourced from Wikipedia article on 14 Jun 2020. The contents are available under the CC BY-SA 4.0 license.
View Victor Whitechurch 's image gallery
Image Gallery 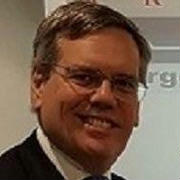