Víctor Ullate (born 9 May 1947, Zaragoza, Spain) is a dancer, choreographer and ballet director.

In 1979, he was invited by the Spanish Ministry of Culture to form a new national ballet company, the Ballet Nacional de España. Later on, in 1990, when the company was reorganized and the current name adopted (Compañia Nacional de Danza), Nacho Duato was appointed artistic director.

Ullate founded his own school in 1983 which taught a rigorous academic technique and often had guest teachers from Russia or Cuba. He started his now famous ballet company, Ballet de Victor Ullate in 1988 and started choreographing. Their repertoire includes works by Balanchine, van Manen, Nils Christe, Jan Linkens, and Micha van Hoecke, as well as contemporary ballets by Ullate himself.

Some of his most successful pieces choreographed for his own company are: El Amor Brujo (1994), Volador Hacia La Luz (1995), Ven Que Te Tiente (1996), Jaleos (1996), Seguiriya (2000), La Inteligencia de Las Flores (2001) and El sur (2005). His works are an original combination of classical and neoclassical ballet and flamenco, combining Spanish traditional and classical music.

Since the year 2000, Ullate is president of the Victor Ullate Foundation for Dance, which promotes professional-level education for ballet dancers

He has three sons, one of them, Víctor Ullate Roche, is also a professional dancer and one of the judges on Fama ¡a bailar! 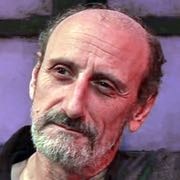