Victor Mees (26 January 1927 – 11 November 2012), nicknamed Vic or Vicky, was a Belgian footballer who played all of his career at Royal Antwerp.

Mees was born in Antwerp. He made his first team debut at the age of 17, just after World War II. Mees, who had become a leader of the team, won its first Championship title in 1957, having won the Belgian Cup two years before.

Known as a gentleman footballer, Mees was at the time a pillar of the national team. In total, Mees made 68 appearances and he played in the 1954 World Cup.

He won the Belgian Golden Shoe in 1956 while at Antwerp. In 2002, he was voted Antwerp player of the century.

The contents of this page are sourced from Wikipedia article. The contents are available under the CC BY-SA 4.0 license.
View Victor Mees 's image gallery
Image Gallery 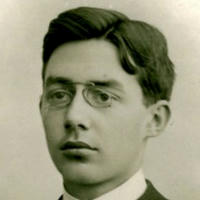