In 2018, he was hailed by the South African Football Association after he rejected and reported an attempted bribe of over R300 000. Gomes had been approached and offered the sum of money to fix a CAF Confederation Cup match between Nigerian side Plateau United and Algerian side USM Alger. He was again nominated for the PSL Referee of the Season award upon the conclusion of the domestic campaign.

The contents of this page are sourced from Wikipedia article on 04 Jul 2020. The contents are available under the CC BY-SA 4.0 license.
comments so far.
Comments
Reference sources
References
https://www.iol.co.za/sport/soccer/psl/khune-scoops-four-psl-awards-1522037#.UijQaiDwDDc
http://www.goal.com/en-za/news/safa-lavish-praise-on-referee-victor-gomes-for-turning-down/1kb1visv4icz91mzxp4vbkhkos
https://www.sport24.co.za/Soccer/PSL/victor-gomes-nominated-for-psl-referee-of-the-season-20180524
//www.google.com/search?&q=%22Victor+Gomes%22+site:news.google.com/newspapers&source=newspapers
//scholar.google.com/scholar?q=%22Victor+Gomes%22
https://www.jstor.org/action/doBasicSearch?Query=%22Victor+Gomes%22&acc=on&wc=on
Trending today in 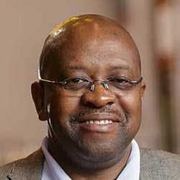