From 1996 he worked in Germany. After working in Germany, Drobysh moved to Finland, where he created the duet Pets.

In 2004, Drobysh participated as a co-producer in the talent show Fabrika Zvyozd of Channel One Russia. In 2006, he single-handedly led the 6th season of the project.

The contents of this page are sourced from Wikipedia article on 11 May 2020. The contents are available under the CC BY-SA 4.0 license.
View Victor Drobysh 's image gallery
Image Gallery 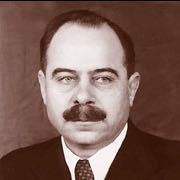