The son of a physician and pharmacist, Capesius began his academic studies in 1924 at the University of Cluj after graduating from high school. He worked towards a pharmacy degree and then transferred to the University of Vienna, where in 1933, he received his Doctorate of Pharmacy. He was married in 1934 and worked for a subsidiary of IG Farben selling products to doctors and pharmacists.

After the start of World War II in 1939, Capesius joined the Romanian army and rose to the rank of captain while serving at a military hospital's pharmacy.

As an ethnic German, Capesius moved to the Waffen-SS after Romania joined the Axis powers in 1940. After training at the SS-Zentrale Sanitäranlage (Central Sanitary Facility) in Warsaw, he was sent to Dachau Concentration Camp in September 1943; he worked there until his subsequent transfer to Auschwitz Concentration Camp in February 1944. In Auschwitz, he acted as the attending KZ-Apotheker (pharmacist) until the camp was evacuated in January 1945. Capesius worked closely with Josef Mengele and together they were heavily involved in the selection of inmates for the gas chamber. In Auschwitz, he had risen to the rank of SS-Sturmbannführer, in November 1944, and was in charge and control of the chemicals used in the extermination of the Jews, such as phenol and Zyklon B. This, it should be noted, was during the mass murder of almost 400,000 Hungarian Jews.

After the liberation of the Auschwitz concentration camp, he went into hiding in Schleswig-Holstein and fell into British captivity from which he was discharged after one year. He then began to study electrical engineering at the Technical University in Stuttgart. During a visit to Munich in 1946, Capesius was recognized by a former Auschwitz prisoner and was arrested by American military police and interned in the camps of Dachau and Ludwigsburg. After U.S. occupation authorities deemed his case unfit for prosecution, he was released in August 1947 and found a job in a Stuttgart pharmacy. In October 1950, he opened a pharmacy in Göppingen and a beauty parlor in Reutlingen.

Capesius was arrested in Göppingen in early December 1959 and remained in custody until 1965. On August 20, 1965 he was indicted in the Frankfurt Auschwitz Trials by the Landgericht Frankfurt am Main Community for aiding and abetting the murder of at least four cases of 2,000 people. He was convicted and sentenced to nine years in prison. Capesius served three years and was released from prison in January 1968. 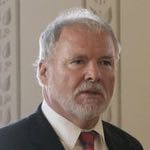 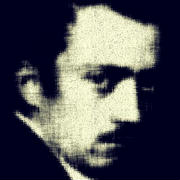 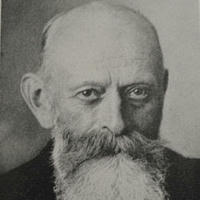