Victor Amadeus of Anhalt-Bernburg (6 October 1634 in Harzgerode – 14 February 1718 in Bernburg), was a German prince of the House of Ascania and ruler of the principality of Anhalt-Bernburg.
He was the sixth (but second surviving) son of Christian II, Prince of Anhalt-Bernburg, by his wife Eleonore Sophie, daughter of John the Younger, Duke of Schleswig-Holstein-Sonderburg.

The death of his older brother, the Hereditary Prince Erdmann Gideon (4 April 1649), made Victor Amadeus the new heir of his father, whom he succeeded seven years later, in 1656. Four years after that, the death of his younger and only surviving brother Karl Ursinus left him as the only living agnate of the main line of Anhalt-Bernburg; the next heirs, until the birth of his children, were his uncle Frederick, Prince of Anhalt-Harzgerode, and his only son William Louis. In 1665, upon the death without heirs of William Louis, Prince of Anhalt-Köthen, the territories and title of the latter were taken over by his cousins Emmanuel and Lebrecht, the co-rulers of Anhalt-Plötzkau, whose territories were returned to Anhalt-Bernburg (from which they had originally been extracted) under Victor Amadeus. In 1709, he inherited the territories of the principality of Anhalt-Harzgerode upon the death of William Louis, who had been its ruler.

His wife Elizabeth of Palatinate-Zweibrücken

After the death of his wife during her sixth childbirth, Victor Amadeus remained a widower for the next forty-one years, until his death. 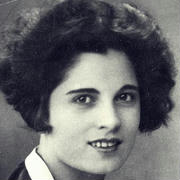