Vicky Lau is the head chef of the one Michelin star restaurant Tate Dining Room and Bar in Hong Kong. In 2015, she was named the Best Female Chef in Asia by Asia's 50 Best Restaurants.

Hong Kong native Vicky Lau moved to the United States at the age of 15, where she attended a boarding school in Connecticut. She attended New York University, studying graphic communication. Following this she worked in advertising for the following six years and at one point was the creative director of a design agency. She intended to move back to Hong Kong to work collaboratively with her sister, but felt that she wanted to move into another area of design.

Two friends of her were about to attend a three month long basic course at Le Cordon Bleu in Bangkok, Thailand, and so she decided to join them. After finishing that course, she wanted to continue learning and went on to complete the 9 month Grand Diplôme at Le Cordon Bleu Dusit course. She was interested in a move into fine dining in order to combine her knowledge of design and food together.

The first restaurant she worked at was Cépage in Hong Kong under head chef Sebastien Lepinoy, where she worked for 18 months as a chef de cuisine. She opened her own restaurant, the 26 seat Tate Dining Room and Bar in 2012, where she serves a combination of French and Japanese cuisine which the Michelin Guide describes as an "eclectic mix". Dishes served at the restaurant include a dessert which resembles a zen garden, using sugar as the gravel and Lau hopes that the dish will cause the diner to "reflect and ponder on things at the end of their meal".

Following the opening of Tate Dining Room in 2012, the Michelin Guide awarded it a star in 2013 and as of 2015 it has retained this status. Lau was named the Best Female Chef in Asia at the 2015 announcement of Asia's 50 Best Restaurants.

The contents of this page are sourced from Wikipedia article on 14 Aug 2020. The contents are available under the CC BY-SA 4.0 license.
comments so far.
Comments
From our partners
Sponsored
Reference sources
References
http://www.theworlds50best.com/blog/Interviews/vicky-lau-of-hong-kongs-tate-dining-room-is-named-veuve-clicquot-asias-best-female-chef-2015.html
http://www.straitstimes.com/lifestyle/food/career-switch-pays-off-for-graphic-designer-turned-chef-vicky-lau-named-asias-best
http://www.scmp.com/magazines/post-magazine/article/1688948/vicky-lau-asias-best-female-chef-2015-not-afraid-experiment
http://www.cordonbleu.edu/news/best-female-chef2015/en
http://www.theworlds50best.com/asia/en/awards/best-female-chef.html
http://edition.cnn.com/2015/05/07/travel/culinary-journeys-hk-vicky-lau-tate/ 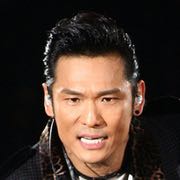