Vicko Zmajević (born 21 December 1670 in Perast, died 12 September 1745 in Zadar) was the Roman Catholic archbishop of Bar and Primate of Serbia and also the archbishop of the Archdiocese of Zadar.

Zmajević was appointed Archbishop of Bar on 18 April 1701 and Apostolic Administrator of Budva on 24 December 1701 and again on 12 August 1713. Zmajević at Bar church fair in 1702 had the title of Diocleciensis, totius regni Serviae primas, visitator Albanie. He was consecrated as bishop by Marino Drago, bishop of Kotor. Zmajević became the archbishop of Zadar on 22 May 1713. He resigned as Apostolic Administrator of Budva in 1714. 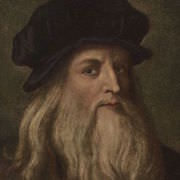