Morgan was a girl who went to Hollywood in search of fame. She found work as an usher at Grauman's Chinese Theater and it was there that the teenager met 54-year-old financier Alfred S. Bloomingdale, a married multi-millionaire from the famous New York City department store family.

Morgan soon became Bloomingdale's mistress. Her social circle would include politicians, businessmen, and the wealthy playboy Bernie Cornfeld. With Bloomingdale's financial support, Morgan lived a lavish lifestyle that lasted until 1982 when he was diagnosed with terminal cancer. With Bloomingdale on his deathbed and his usual flow of funds to the now 30-year-old Morgan no longer coming, her financial situation quickly turned desperate. To protect herself, she hired the famous Hollywood palimony attorney Marvin Mitchelson to file a multimillion-dollar lawsuit for financial compensation as his mistress. The pre-trial media coverage of the initial complaint revealed details of the couple's sexual relationship that grabbed headlines nationwide, causing considerable embarrassment amongst the Washington D.C. elite. However, when Morgan learned that Mitchelson had dinner and a meeting at the White House with Nancy and Ronald Reagan, Morgan lost trust in Mitchelson, firing him and hiring attorney Robert Steinberg in his place. (Betsy Bloomingdale and Nancy Reagan were known to be best friends.) Morgan was left without income. Later court documents and news stories revealed that after she began selling off the jewelry and the expensive car purchased for her by Bloomingdale, Morgan was preparing to write a tell-all book which was reportedly going to name a number of wealthy and powerful politicians and businessmen who had participated in her sadistic sex rituals, where she played a dominatrix.

Betsy Bloomingdale learned of Alfred's affair and told him to break off his relationship with Vicki Morgan. He did and Vicki spiraled into depression with no financial support from Alfred whom she had grown to love and rely on. She ended up in rehab where she met Marvin Pancoast, a gay man who was infatuated with Vicki and her stories of the high life she led with Alfred Bloomingdale.

They vowed to live together once released from rehab. A week shy of her 3-month stint in rehab, Alfred came to visit Vicki and proposed to rescue her once again if she would be his sexual slave. He agreed to buy her a house and give her an annual income. They rekindled their odd relationship and saw each other for 6 months. Alfred came to Vicki and told her he was dying of terminal cancer and had only 2 months to live. He assured Vicki she would be well cared for and never have to worry about money again. He was dead 2 days later and before he could give Vicki what he promised, she was once again down and out. Desperate she got in contact with her friend from rehab, Marvin Pancoast. They moved into an apartment together and he worshipped her. She reconnected with the prostitute lifestyle she once led and he worked odd jobs . Although nothing physical or sexual was involved in their relationship, Marvin became extremely jealous of her relationships with other men. During this time period, it is suspected Marvin, who was mentally unstable and also still heavily reliant on drugs, learned he had AIDS and was terminal. He was distraught, unstable and addicted to cocaine and, it was said, in a rage he killed Vicki one evening before one of her dates with a male companion. He beat her several times with a baseball bat.

That evening, Pancoast walked into a police station and confessed to murdering Morgan. Investigators found Morgan dead, apparently beaten to death with a baseball bat. Pancoast was sentenced to 26 years to life and died in 1991 in Chino, California, while undergoing treatment for AIDS-related illness.

The Vicki Morgan story received considerable print coverage and in 1985 author Gordon Basichis wrote Beautiful Bad Girl: The Vicki Morgan Story. In 1990, Dominick Dunne, the prominent Vanity Fair journalist, author of several books about crimes involving the rich and famous and someone whose own 22-year-old daughter, Dominique, had been murdered, came out with a fictional portrayal of Vicki Morgan in his book, An Inconvenient Woman. 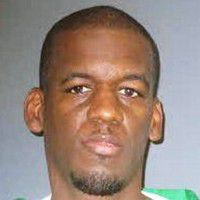 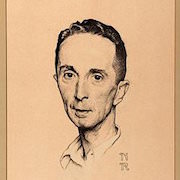