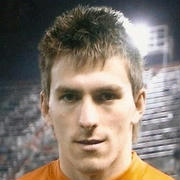 He appeared in 176 La Liga matches during eight seasons with Valencia and Getafe, as well as a season on loan with Recreativo in the Segunda División.

Born in Torrent, Valencian Community, Guaita graduated from the Valencia youth system after arriving there from CD Monte-sión at the age of 13, being promoted to the first team for the 2008–09 season following the retirement of longtime incumbent Santiago Cañizares. Additionally, as German Timo Hildebrand became ostracized by coach Unai Emery, he became the backup.

Guaita made his official debut with the main squad on 2 October 2008, in a UEFA Cup tie against Marítimo (2–1 home win). However, after the signing of veteran César Sánchez from Tottenham Hotspur later in the year and the full recovery of Renan, he remained third-choice until the end of the campaign.

In 2009–10, with Sánchez having renewed his link a further year and the signing of Mallorca's Miguel Ángel Moyá, Guaita was deemed surplus to requirements and joined, on loan, Segunda División's Recreativo de Huelva. As the Andalusians finished comfortably in mid-table he was awarded the competition's Ricardo Zamora Trophy, with just 24 goals conceded in 30 appearances.

In November–December 2010, profiting from injuries to both César and Moyà, Guaita had a run of several matches for Valencia, notably a 2–1 home win against Almería in La Liga and a 1–1 draw away to Manchester United for the UEFA Champions League. On 2 April 2011, as he had established himself in the starting XI, he suffered the loss of his father due to a heart attack (aged only 46), prompting manager Emery to reinstate César between the posts for two games.

In May 2011, Guaita extended his contract with Valencia until 2015. He begun the season as the starter, but picked up a serious hand injury in early November 2011, being nonetheless selected to several games by Emery as the reserve.

In the 2016–17 campaign, with the club again in the second level, Guaita played little due to injury. He was, however, the starter in the play-offs, which ended in promotion.

On 2 February 2018, Crystal Palace manager Roy Hodgson confirmed Guaita had agreed to join from 1 July on a free transfer. The transfer was reconfirmed by the club on 8 June, with the player joining on a three-year contract. He made his Premier League debut on 15 December, keeping a clean sheet in a 1–0 home win against Leicester City.

The contents of this page are sourced from Wikipedia article on 07 Mar 2020. The contents are available under the CC BY-SA 4.0 license.
View Vicente Guaita 's image gallery
Image Gallery 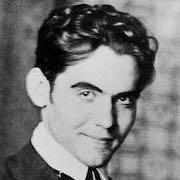